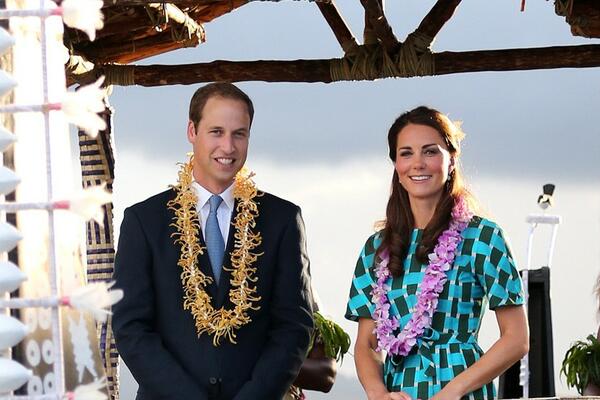 The Duke and Duchess of Cambridge during their visit to the Solomon Islands last year.
Source: Photo supplied
Share
Friday, 11 April 2014 09:24 AM

The Duke and Duchess of Cambridge have sent condolences to the people of the Solomon Islands in the wake of floods that killed at least 23 people and left thousands homeless.

The couple have a special connection with the islands.

As part of Queen Elizabeth's Diamond Jubilee celebrations, Prince William and Catherine toured the Solomons and on September 17, 2012, they stayed a couple of nights at an exclusive and remote resort on Tuvanipupu Island.

In a message to the Solomon Island Governor General, Frank Kabui, the royal couple expressed sympathies to the families of those killed in the floods.

"Catherine and I wish to pass our thoughts and prayers to you and the people of Solomon Islands following the dreadful floods, which have claimed many lives and which have resulted in thousands of families losing their homes," the couple said in their message.

"Catherine and I recall with affection the warm welcome we received when we visited in 2012 for The Queen's Silver Jubilee and we will be continuing to think of you at this difficult time."