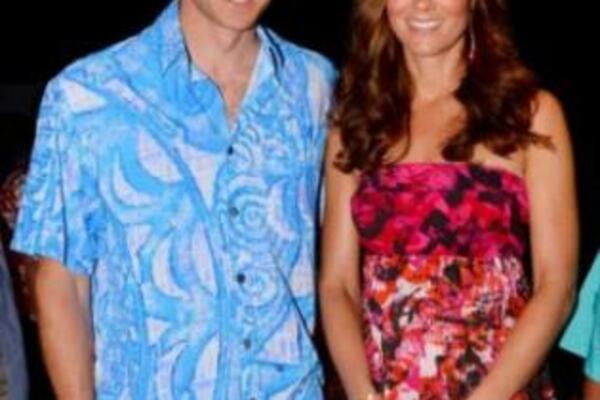 "The reason the Duchess wore the dress was because she believed it to be from the Solomon Islands Government and thought it would be an appropriate gesture."
Source: STO Archives
Share
Tuesday, 25 September 2012 09:20 AM

Amidst much controvery over the Island Wear of the Duke and Duchess of Cambridge to the Island Feast hosted by the Solomon Islands Governor General, the Government House has now released a statement explaining the issue.

We started the preparation for the Royal Visit at the beginning of July 2012. We had been informed by the Clarence House, London, that Their Royal Highnesses wanted a relaxed island atmosphere and less of protocol.

A committee was set up, chaired by the Secretary to the Prime Minister. The Deputy Chairman was the Governor General's Private Secretary. One of the committee members was Kethie Saunders.

She was chosen because of her lengthy association with the Solomon Islands and her inside knowledge of the country and its culture and people.
The committee decided that the state dinner should be hosted by the Governor General at the Government House. It was to be an island feast (dinner). The dress code was to be island wear for all invited guests. The island wear was agreed by the Committee.

He said it would be nice if the Duke of Cambridge would also wear the same subject to His Royal Highnesses consent. His Excellency also suggested that the Duchess of Cambridge should also be included in the island wear suggestion.

We selected the materials, a green one, with the map of the Solomon Islands on it with coconut trees, hibiscus flowers, coral fish, traditional houses with words, "Solomon Islands" printed on it. The other material was a blue one, with floral arrangements, a small map of Solomon Islands in the centre, a nguzunguzu and other island artifacts on it.

We sent the two materials to Clarence House and requested size measurements. We received the correct size measurement and the preferred color was green.
Mrs. Betty Volrath, an Australian tailor who owns Solomon Tropical Products in Honiara, tailored the two shirts.

We gave these two shirts to the British High Commissioner in the morning on Saturday 15th September 2012.

The understanding then was that only the Governor General and The Duke of Cambridge were to wear island shirt with the map of Solomon Islands on it. Lady Kabui was to wear an island wear f her choice to match the decision made by the Duchess of Cambridge to wear a summer dress.

We wanted simplicity and connectivity. We thought it was important for the Duke of Cambridge to connect with Solomon Islanders through what he wears. The shirt was intended to be worn only for one and half hour and can be hung up forever.

Mrs. Kethie Saunders, when visiting the hotel room to leave flowers, chocolates and a basket of soap, decided on her own accord to leave a gift of clothes from the Cook Islands in the hotel room.

We did not authorize her to leave the gifts of any sort in the Hotel room. We were not aware that Mrs. Saunders was to leave gifts of clothing in Hotel room other than flowers, chocolates and soap.

The agreed protocol with the Clarence House was that all gifts were to be handed over to our Protocol Officers and the Clarence House officials. We complied to this understanding. We do not understand why Mrs. Kethie Saunders decided to breach this protocol for the sake of the designer from the Cook Islands. Obviously she smuggled the clothes from Cook Islands into the Hotel room.

The spokesperson from Clarence House has now explained what happened in the Hotel in Honiara.

This is there explanation:

"Pre-visit was confirmed by Nigel that the two shirts would be in the TRHs room (I had supplied measurements). ON arrival two shirts and two dresses were laid out covering the bed. In the other room there were various bags and baskets of dried fruits etc (also from Kethie I believe). There were a lot of thins all over the place which made it all abit more confusing. The shirts were not the same material that had been run past me so I went and found the Head of Protocol and asked them to call Nigel to confirm that the only shirts in the room were the ones that were from the Solomon Islands Government. This was confirmed. I asked Natasha to check the room for other shirts and there were none to be seen as bags had been put in the room covering the other ones and as the ones on the bed were so conspicuous it was understandably assumed that these were the official gifts. The reason the Duchess wore the dress was because she believed it to be from the Solomon Islands Government and thought it would be an appropriate gesture. Had she known they were from the Cook Islands and not the Solomon Islands it would not have been worn and she feels bad about the confusion."

"We are incredibly frustrated that this situation has come about and see Kethie as entirely to blame. It was completely inappropriate for her to go to the TRHs room which she filled with various things causing confusion around. The actual shirts are now with The Duke and will be kept by him for personal use and we will thanks Nigel formally for them."