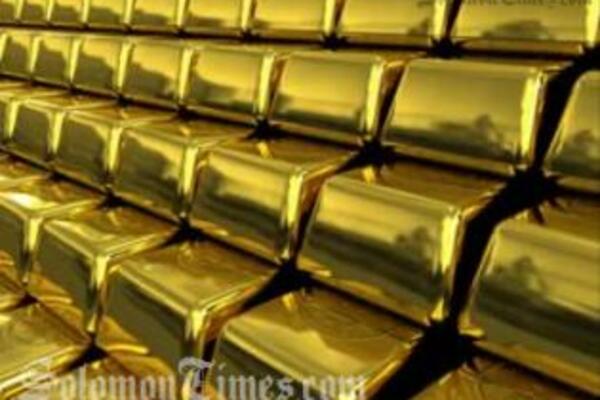 Allied Gold says the information the forum has been demanding is released every quarter, "as Allied Gold is a public company and therefore required to report its production on a quarterly basis."
Source: Photo supplied
Share
Wednesday, 25 July 2012 10:23 AM

The Malaita Ma'asina Forum is calling on the Gold Ridge Mining Limited and government authorities to reveal to the public information on gold exports to Australia.

Forum spokesperson Martin Housanau says Solomon Islanders need to know the total tonnage of gold exported since 2011, and the total earnings derived from the exports.

He says the details must be disclosed following revelations by a London-based Economics Researcher, Dr Roger Transaski who had told the media that Gold Ridge Mining Limited may be hiding information about the true figures of gold exports and earnings from them.

Dr Transaski had given some gold production rates and what the gold products could fetch when exported, based largely on website reports he collected two years ago.

The Economics Researcher, Dr Roger Transaski had also claimed among other things, the gold mining company had stopped producing gold production reports to keep Solomon Islands people in the dark.

Mr Housanau says both the gold mining company and the Government have allowed room for speculation by remaining secretive about the gold exports. He says it is really worrying to note that the Government led by Prime Minister Gordon Darcy Lilo are not doing enough to ensure transparency in the industry.

But Prime Minister Lilo says he does not know how the Forum could have come up with such allegations.

"The government has already taken the initiative to ensure that Solomon Islands is a member of the Extractive Industries Transparent Initiative...so there are mechanisms already in place to guard against such practice."

A statement from Allied Gold also says the information the forum has been demanding is routinely released every quarter, "as Allied Gold is a public company and therefore required to report its production on a quarterly basis."

It says Gold Ridge started production in the March quarter of 2011, and to date it has produced a total of 86,955 ounces.

Allied Gold also reported that since 2011 the company has recorded a cash operating loss of USD$35.5 million dollars, which is all fully disclosed in the annual report which is available on their web site.

The company says that like any other publicly listed company they are being independently audited by an international accounting firm.

It says the loss is consistent with the fact that the operation is essentially still in its start-up phase, following investment of approximately USD$280 million dollars in the Gold Ridge operation.