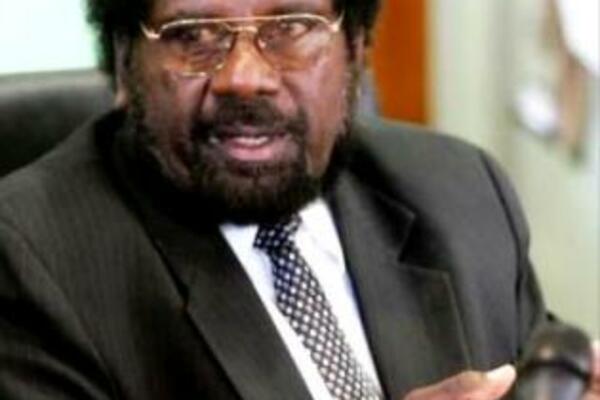 The Finance Minister pointed out that the budget was put together under very difficult circumstances.
Source: STO Archives
Share
Monday, 14 December 2009 07:00 AM

Finance and Treasury Minister, Snyder Rini, has unveiled the government's budget, estimated at $1.997 billion. This is an overall increase of $43.9 million or 2.2 per cent on the 2009 Budget.

"The economy slowed significantly from the high growth rates achieved from 2006 to 2008 due largely to the global economic crises. In real terms, the economy is expected to grow by around 1.0 per cent in 2009, compared to 6.9 per cent in 2008.

"This is largely due to weakened external demand reducing log production and commodity prices, lower agricultural output due to floods in the first quarter of 2009 and slow growth in other sectors as government revenue became constrained."

The Minister stated that in order to ensure that the country comes out of the financial crises stronger there are two fundamental objectives that the Government is setting out to achieve in the government's budget.

"The first is to pursue structural reform to make the Solomon Islands an easy and reliable place to do business and invest and for industries to thrive and grow.
"The second is maintaining an affordable and sustainable Government budget which limits national debt to a manageable and sustainable level, improves Government decision making processes, and focuses on achieving our national development goals."