Rini Sworn in as Minister 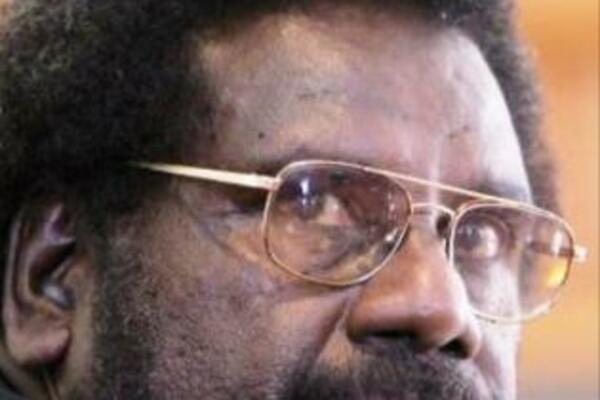 Mr. Rini was sworn in yesterday as the Minister for National Planning and Aid Coordination.
Source: STO Archives
Share
Tuesday, 31 August 2010 07:36 AM

Prime Minister Danny Philip today says rumors that the Opposition group is planning to unseat him through a motion of no confidence are "nothing more than a figment ofimagination that merely reflects political adventurism."

In a statement, Prime Minister Philip said the reports had no basis given that
Hon Snyder Rini, the focus of speculations, has been with the Government all along.

Mr. Rini was sworn in yesterday as the Minister for National Planning and Aid
Coordination, an important portfolio which will be proactive in encouraging dialogue
and interaction with our donor community.

"The report is nothing more than a figment of imagination and reflects immaturity
and political adventurism on the part of the Opposition," the Prime Minister said.

"The Opposition is a fragmented group with everyone there trying to be Prime
Minister. The picture is clear from here, once such a group gets into Office they will spend more time fighting over who should be prime minister than focus on what they should be doing for the people of this nation."

"I am surprised they were not even seen at the funeral of one of our fallen
colleagues. It is a disgrace on their part to say the least. Their absence shows
they simply can't separate politics from leadership," Prime Minister Philip said.

Their absence, he said, also raised a far bigger question on the minds of the people
of the Shortlands.

Prime Minister Philip was referring to Monday's funeral of the late Member for the
Shortlands, Steve Laore, who died in Honiara last Thursday. No Opposition
MP attended the funeral service held at the Maranata Hall of the Seventh-Day
Adventist Church. His body was taken home after yesterday's funeral, which was
attended by more than 1,000 people.

Prime Minister Danny Philip led members of his Cabinet at the funeral.

"The people of Solomon Islands are already fed up with politicians playing second
fiddle with their interests and concerns. They want us - their leaders - to get on with the work our people voted us in to do," he said.

"My Government is ready to work and we will," Prime Minister Philip said.

"My final comment is to encourage members on the opposite side of the bench
to join us and work together for the betterment of the people of Solomon Islands," he said.