Rini is Not Necessarily Our Candidate for PM: IDP 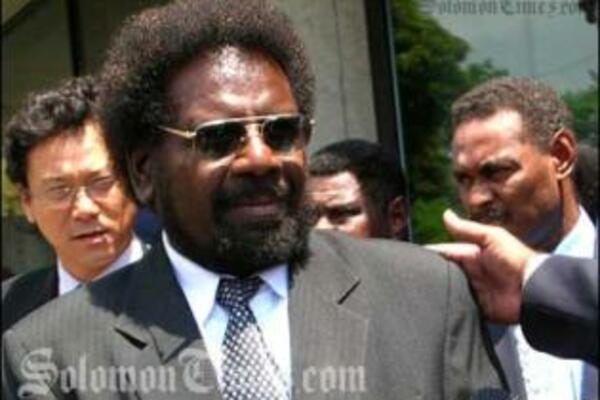 Kaitu'u says the party is yet to put forward a name for the prime minister's post, saying members of other political parties are fast filling their camp.
Source: STO Archives
Share
Thursday, 12 August 2010 08:42 AM

Party secretary, Leonard Kaitu'u told SIBC News the party is yet to identify a candidate for the country's top political post. Kaitu'u says although Rini is the leader of the Independent Democratic Party that does not give him "automatic qualification as the party's candidate."

Kaitu'u says the party is yet to put forward a name for the prime minister's post, saying members of other political parties are fast filling their camp.

Meanwhile, Leader of the Reform Democratic Party says while his party has endorsed him as their candidate for the next prime minister it seems likely that in a grand coalition situation leaders of political parties may need to compromise.

Speaking to SIBC, Danny Phillip says his party is talking with the Independence Democratic Party camping at the Honiara Hotel and the Direct Development party for the formation of the next government.

With only one more constituency to count, Reform Democratic Party has managed to get in three of its members, Charles Sigoto MP for Simbo Rannogga, Douglas Ete MP for East Honiara and the party leader Mr Phillip for Rendova-Tetepare.

Mr Phillip and his party are camping at the Honiara Pacific Casino with the hope of gaining more members as intense lobbying and bargaining continues.