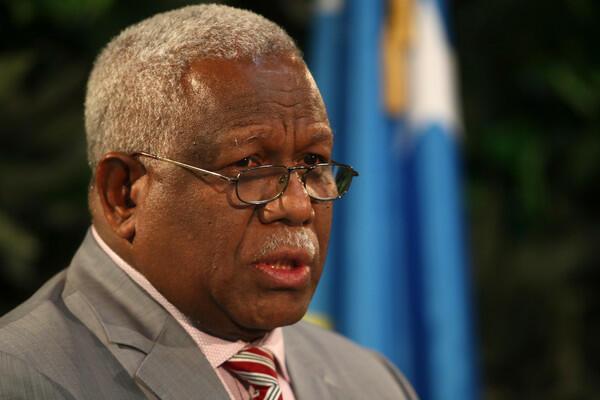 SBM Online is reporting that the former Prime Minister and Minister of National Planning Rick Houenipwela was sacked this morning.

Houenipwela was one of the six MPs that abstained from voting on the Taiwan - China issue when it was put to vote by Caucus.

It is also understood he has been openly critical of the move to switch, leading up to the vote and in Cabinet.

“Yes I can confirm I was sacked this morning and I am now clearing my office to move out,” Houenipwela told SBM Online just a few minutes ago.

Asked why he was sacked, Houenipwela said it was related to the China-Taiwan switch.

“He (PM) does not like me being always too vocal in Cabinet and Caucus,” said the MP for Small Malaita.

Houenipwela was the former PM (2017-2019) before Sogavare came in this year. He was identified as the leader of the group of Government MPs who were supportive of remaining with Taiwan leading up to the vote.