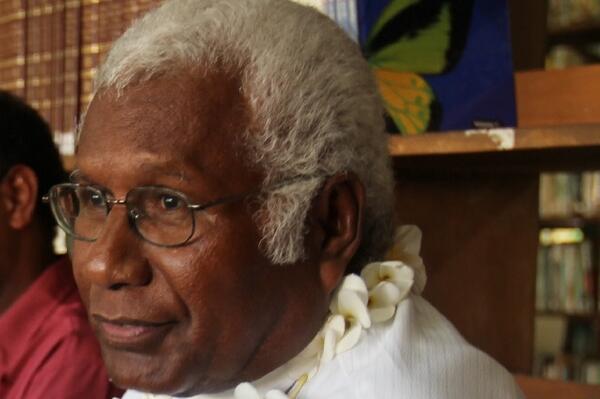 At the close of nominations 4pm yesterday the only candidate nominated for the post of Governor General of the Solomon Islands is Rev. David Vunagi.

Director of Parliamentary Procedures, Mr. Jefferson Hallu, says having a single nomination for the position of Governor General is not unusual. He says the reality is the Constitution does not provide for an election of the Governor General.

“Section 27 envisages an address from Parliament as opposed to an election. This means Parliament would have to agree, perhaps by way of a motion, as to who they have earmarked to be appointed as the Head of State.

He says that since there is only one candidate nominated for the position there will be a motion specific to the position of Governor General, and the choice of government, which in this case is Rev David Vunagi.

Mr Hallu said that the 3 days’ notice for the election of Governor General has been waived, to which the Speaker had consented to.

Prior to his nomination Rev. David Vunagi was the Archbishop of the Anglican Church of Melanesia (ACOM). He took up the role in 2009, succeeding late Emeritus Sir Ellison Pogo. He held the position until September 2015 where he retired, having reached the retirement age of 65.

Rev. David Vunagi previously served as the Diocesan Bishop of the Diocese of Temotu for nine years before elected to become the Head of the Church.