Respect for Human Rights is a UN Principle 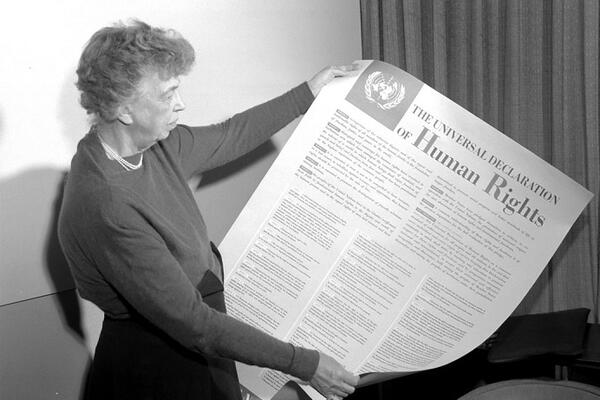 “We are all members of the United Nations, and the respect for Human Rights is one of the key cornerstones of the Charter,” he says.
Source: UN.org
Share
Tuesday, 01 November 2016 09:47 AM

News that the Indonesian government is upping the ante against supporters of West Papua comes as no surprise, a well-placed senior government source said.

“It is no surprise to us, and I think it is not right to say that we are interfering with the internal affairs of Indonesia, we are simply raising an issue of concern regarding our Melanesian brothers of West Papua.

“We are all members of the United Nations, and the respect for Human Rights is one of the key cornerstones of the Charter,” he says.

“That is what we are asking from the UN, to send an independent assessment team to find out the facts on the ground and to report back to the members.”

He says that it is not an unreasonable request, nor is it unprecedented, it is a process established by the UN, and one that Solomon Islands and other Pacific countries are calling on the UN to use.

He says that the membership of West Papua in the Melanesian Spearhead Group (MSG) is an issue for the MSG alone to decide.

“This is no different from the membership of New Caledonia's FLNKS, no different, and in fact this is in line with the establishment of the MSG.”

He says that France may not have been supportive of the idea for the FLNKS to join the MSG, “but perhaps they recognized the importance of allowing the FLNKS to raise issues of concern in a proper forum.”

“We have historical and cultural ties to the West Papuan people, so we cannot stand idly by when allegations of human rights abuses are raised time and again.

“So we will use whichever fora we deem appropriate to raise such issues, not to interfere but to remind ourselves of our obligations to certain universal principles and values.”

The Defence Minister of Indonesia has urged the Australian government to rebuke Pacific states, in particular Solomon Islands, for raising Papua in global fora.

"These are sovereign states. And in particular in the case of Solomon Islands, Solomon Islands has a right to do that [speak out about West Papua] as a sovereign country, and Australia's not in a very good position to tell them differently,” Dr Firth said.