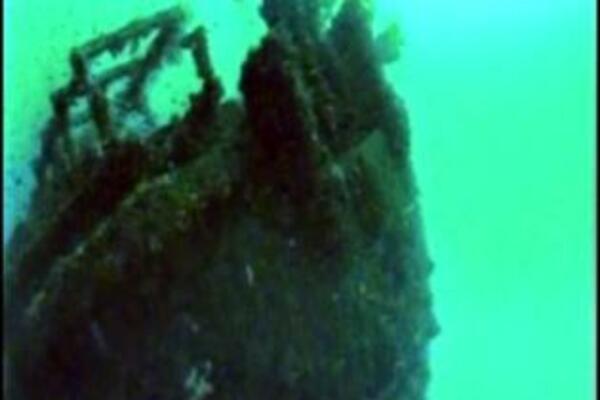 While undertaking a hydrographic survey in Tulaghi Harbour, Solomon Islands, the crew of HMNZS RESOLUTION took time to connect with the past and remember the crew of WWII Corvette HMNZS MOA.

On 7 April 1943, Japanese aircraft sank MOA, killing five ratings and seriously wounding seven. Earlier that year, MOA assisted her sister ship KIWI take on a much bigger foe, the Japanese submarine I-1. KIWI rammed the submarine and it sank on 29 January 1943. It was the first major WWII surface action of the newly formed Royal New Zealand Navy.

American divers discovered a Japanese naval code book on board the sunken submarine. It was decoded and ultimately led allied fighters to kill Admiral Yamamoto, commander of the Japanese Imperial Navy, and the man held responsible for planning the attack on Pearl Harbour.

"It's been great to work with historian Ewan Stevenson to collate this detailed data on what occurred. It will be used to update navigational charts and also identify and accurately position a number of WWII wrecks and other hazards.

"Tulaghi Harbour and the Solomon Islands was the scene of many dramatic and fierce battles during WWII. HMNZS MOA played a pivotal part in the campaign against the Japanese.

During the survey of Tulaghi Harbour, RESOLUTION also located previously undiscovered wrecks of a US Grumman Wildcat Fighter Aircraft and a number of Landing Craft.