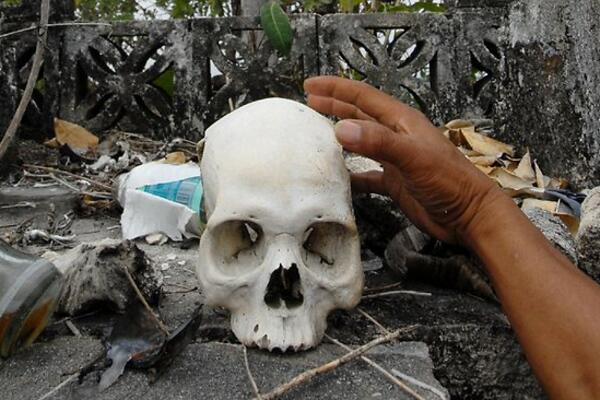 Australian National University academic Miranda Forsyth, co-convenor of the conference in Canberra, said the belief in sorcery and witchcraft was widespread in countries such as Papua New Guinea, the Solomon Islands and Vanuatu.
Source: Photo supplied
Share
Friday, 07 June 2013 10:24 AM

Belief in sorcery and witchcraft is on the rise in the Pacific, experts warned Wednesday after a young woman accused of killing a boy with black magic was burnt alive in Papua New Guinea.

Lawrence Foana'ota, formerly the director of the Solomon Islands National Museum, said people were increasingly turning to witchcraft in the Melanesian country.

"The reason why it's growing is because there is some kind of economic benefits people are receiving from these practices," he told AFP before speaking at a conference in Canberra to tackle the issue.

Unless the problem was addressed quickly, especially amongst the young, "it might end up in the same situation as in Papua New Guinea where they are actually physically killing people", he said.

The brutal killing in February in Papua New Guinea of a 20-year-old mother accused of witchcraft sparked international outrage.

The woman was stripped, bound and burned before a crowd of onlookers including schoolchildren.

In another attack in April, an elderly woman was beheaded after being accused of black magic.

Reverend Jack Urame, from the Melanesian Institute, said Christian organisations could do more to stamp out the widespread belief in sorcery in PNG, where many people do not accept natural causes as an explanation for misfortune and death.

"There is an alarming comeback of the belief, and I believe there are several factors why the belief is coming back again," Urame told the Australian Broadcasting Corporation.

"Because there is a generation gap, the Christian values is not being passed on to the next generation and so I think people are resorting back to the traditional belief as an answer to explain sickness and death."

Australian National University academic Miranda Forsyth, co-convenor of the conference in Canberra, said the belief in sorcery and witchcraft was widespread in countries such as Papua New Guinea, the Solomon Islands and Vanuatu.

"These beliefs and practices impede economic development, because people are often afraid to be too successful because they are then accused of sorcery," she said.

"They also impact on understandings of health as people are not inclined to seek medical assistance because they attribute illness to sorcery.

"They also lead to increased crime, because women or men who are accused of sorcery are attacked by the population who think that this is the only way to stop a misfortune that has fallen upon their community."