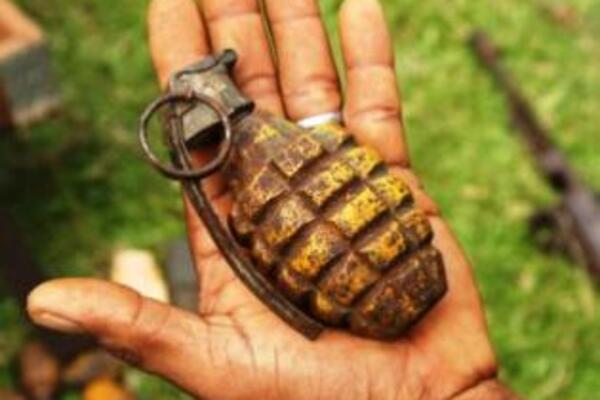 Many in Russell Islands are concerned that action might only come after a tragedy, which they say is sad and unfortunate.
Source: Photo supplied
Share
Tuesday, 27 March 2012 08:25 AM

Villagers of Russell Islands in Central Province are concerned that large stockpiles of buried ammunitions from World War II pose a "serious threat to them and future generations."

"As villages expand and roads open up we will be exposed to these buried stockpile, and it is a very dangerous situation," said John Tepala from Pavuvu on Russell Islands.

Mr Tepala says that in the 1960s Levers Company, while expanding its plantation, had unearthed some serious stockpile of bombs and ammunitions, lucky for them no one was injured.

"It is now a big concern for us since we have an increasing population and people are clearing land that used to be just forests," Mr Tepala said. "So there is a huge risk someone might be fatally injured by these stockpile of ammunitions which are said to be all over the islands."

"A suggestion was for a memorial museum to be set up to house these war relics, after demobilizing them," said an official spoken to.

It is understood no progress was made due largely to the possible scale and cost of such an operation.

"It would cost millions of dollars, since we have to remember that it's not just in Russell Islands, it covers most of the country, so I guess that's probably why the US is being cautious not to commit," said a person familiar with the negotiations.

For now, many in Russell Islands are concerned that action might only come after a tragedy, which they say is sad and unfortunate.