Remains of WWII US Marines Unearthed During Home Renovations 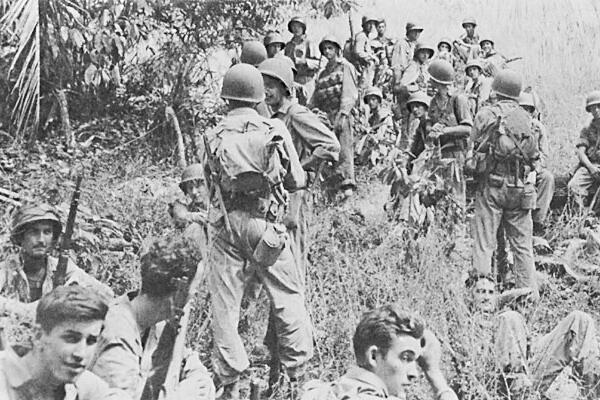 Many of the Guadalcanal battlefields are now part of the heavily populated capital of the Solomon Islands, Honiara, and building work is the main cause of modern discoveries of soldiers' remains.
Source: ibiblio.org
Share
Monday, 14 October 2013 10:15 AM

The remains of three US Marines killed during the Pacific campaign of World War II have been found in the Solomon Islands.

The discovery of the remains, which have yet to be formally identified, was made by a homeowner doing renovations.

Solomon Islands-based historian John Innes says field records from the Guadalcanal campaign give them a good idea who they were.

"There were three people: Drake, Morrissey and Bernes, buried alongside of each other when they were killed on October 9, 1942," he said.

Many of the Guadalcanal battlefields are now part of the heavily populated capital of the Solomon Islands, Honiara, and building work is the main cause of modern discoveries of soldiers' remains.

"They are accidently found by people doing gardens or digging. Remains are being found all the time," Mr Innes said.

During the Guadalcanal campaign, US forces lost around 1,600 men, with Japanese losses estimated at nearly 25,000.

Following World War I and II, the interment of the remains of War Dead was carried out by the American Graves Registration Service – the Quartermaster General of the War Department.

At that time, the next of kin authorized to make the decision regarding their loved one’s interment was given the option of having the remains returned to the U.S. for permanent interment at a national or private cemetery or permanently interment at the overseas American military cemetery in the region where death occurred.

The next of kin is authorized by US law to make disposition of the remains to select one of the following alternatives: