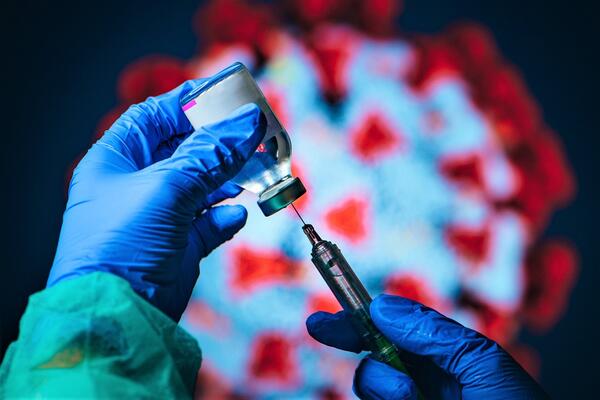 These preachers are making references to apocalyptic scriptures from the Book of Revelation that says in the end times the Antichrist will test Christians by asking them to put a mark on their bodies.
Source: iStock
By Jimmy Nolan
Share
Monday, 08 March 2021 08:56 AM

As the government prepares for the arrival and roll out of the AstraZeneca Covid-19 vaccine religious-themed misinformation is being peddled by the public.

Solomon Times Online can confirm that certain preachers are making false claims that the Covid-19 vaccines are laced with microchips that contain the “mark of the beast.”

These preachers are making references to apocalyptic scriptures from the Book of Revelation that says in the end times the Antichrist will test Christians by asking them to put a mark on their bodies.

The prevalence of these baseless or distorted claims have taken root in many rural communities, with many saying they will not take the vaccine.

“We have heard some of the misinformation being spread, it is worrying, and we will do what we can to counter such false news,” a well-placed source told Solomon Times Online.

“It is important for the public to understand that such technology (micro-chip in vaccines) does not exist, and secondly these vaccines are approved by the World Health Organization (WHO) after testing its effectiveness. The Covid-19 vaccine is no different from the vaccines we give to our kids to prevent illnesses such as measles or rubella.

“Another rumour we heard is that advanced countries are testing this vaccine on developing countries. I would like to make it clear that the speed in which the vaccine was developed and passed by WHO is because a lot of additional resources were put into finding a vaccine – billions of additional dollars were spent. So that is why this vaccine was developed in record time.

“And the public must know that developed countries are some of the first countries in the World to vaccinate their population with the Covid-19 vaccine.”

In many countries conspiracy theories about Covid-19 has been spread on social media platforms and is said to be behind people protesting shutdown measures and government restrictions.

A misleading documentary called “Plandemic” has become a top trending video on YouTube. The claim that the mark of the beast is a microchip within the vaccine is a Christian-themed spin on a distorted narrative about Microsoft co-founder and philanthropist Bill Gates.

Social media giant Facebook and Facebook-owned Instagram banned in December Covid-related content associated with the mark of the beast, fetal tissue myths and misinformation connecting vaccine ingredients to the Antichrist as part of a broader ban on vaccine-related conspiracy theories.