Refugees May Remain in PNG if US Resettlement Fails 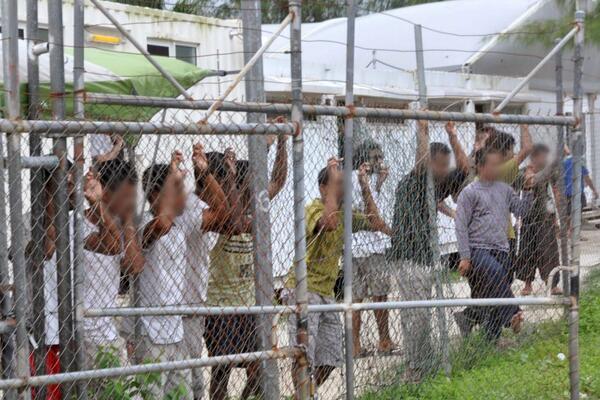 The push to move the more than 800 refugees on Manus has sped up with the camp due to close down after a PNG Supreme Court ruling last year declared that holding people there was unconstitutional and illegal.
Source: ABC.net.au
Share
Tuesday, 11 April 2017 10:33 AM

Asylum seekers sent by Australia to a Papua New Guinea (PNG) camp will be resettled there if they are not offered a place in the United States, Immigration Minister Peter Dutton said on Sunday.

Canberra sends asylum seekers who try to enter the country to offshore processing centres in PNG’s Manus Island and Nauru, blocking them from resettling in Australia.

The conservative government has instead worked to relocate those found to be refugees within PNG or to third countries such as the United States and Cambodia.

The push to move the more than 800 refugees on Manus has sped up with the camp due to close down after a PNG Supreme Court ruling last year declared that holding people there was unconstitutional and illegal.

“There are officials from the US, both Homeland Security and State Departments, looking at each individual case at the moment,” Dutton said, without stating how many refugees might be accepted by Washington.

He said those who miss out are “staying in PNG, that’s the arrangement as it currently stands”.

“If people have been found not to be refugees, then the expectation is that they will be returned home,” Dutton said.

Australian Prime Minister Malcolm Turnbull, who was in Port Moresby for talks with his PNG counterpart Peter O’Neill, would not comment on whether refugees would be moved to the Nauru camp, which currently holds 380 men, women and children.

“We are working to solutions, endurable solutions, of people who have been detained here and Nauru,” Turnbull said on Saturday. “Working with third countries, most notably, of course, the United States, to that regard. We’ll take this process one step at a time.”

Australia thought it had finally solved the problem when the Obama administration said the US would accept up to 1,250 refugees living on Nauru and Manus.

But US President Donald Trump was infuriated by the deal, dubbing it “dumb” and throwing the entire plan into doubt. Trump eventually agreed to honour the deal, but has said the refugees would be subjected to “extreme vetting” before they were accepted. There are few details on what that would entail.

The refugees have the option of resettling in PNG, but few have agreed to do so. The vast majority have expressed concerns about a lack of job opportunities in the impoverished country, as well as safety fears.

“We cannot force people in a resettlement exercise,” PNG Prime Minister O’Neill said. “But if a third country is willing to accept their resettlement, we are quite happy to participate.”

A study late last year by three mental health experts for the UNHCR found rates of depressive or anxiety disorders and post-traumatic stress disorder among the asylum seekers and refugees on Manus “amongst the highest recorded rates of any surveyed population”.

With AP and ABC.net.au