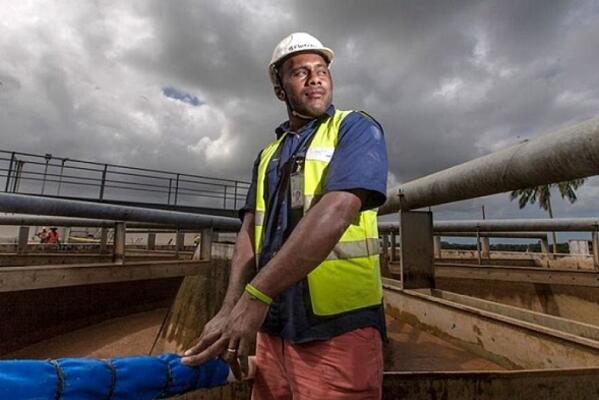 ADB has supported a number of SOE reform initiatives in Solomon Islands, including the privatizations of Sasape Marina, Home Finance Limited, and Solomon Island Printers, as well as the implementation of a community service obligation framework.
Source: ADB
Share
Friday, 25 November 2016 09:02 AM

Reforms to Solomon Islands’ state-owned enterprises (SOEs) have led to a dramatic improvement in their performance, according to an Asian Development Bank (ADB) report presented in Honiara today.

The report, Finding Balance 2016: Benchmarking the Performance of State-owned Enterprises, assesses a reform program that incorporated financial restructuring, tariff increases and improved collections, privatization and liquidation, and compensation for providing non-commercial community services. This led to a 21% turnaround in Solomon Islands’ SOE’s return on equity, turning an average loss of 11% between 2002-2009 into an average return of 10% during 2010-2014.

“However, sustaining these gains and improving the performance of all Solomon Islands SOEs will require continued implementation of, and compliance with, the SOE Act.”

ADB has supported a number of SOE reform initiatives in Solomon Islands, including the privatizations of Sasape Marina, Home Finance Limited, and Solomon Island Printers, as well as the implementation of a community service obligation framework.

The report, nonetheless, finds that many countries have made significant progress through commercially oriented reforms. Solomon Islands leads this group — as it did in the 2014 edition of the report — followed by Tonga, where portfolio returns have increased to 6% from a low of 0% in 2009. Overall, seven of the 10 developing countries examined have seen improved SOE performance since 2010.

Finding Balance 2016 is the fifth report in the Finding Balance series, whichidentifies strategies to guide reforms of SOEs, highlighting the importance of balancing public and private sector roles.

PSDI is a technical assistance facility cofinanced by the Government of Australia, the Government of New Zealand, and ADB. It supports ADB's 14 Pacific developing member countries to improve the enabling environment for business and to support inclusive, private sector-led economic growth. The support of the Australian and New Zealand governments and ADB has enabled PSDI to operate in the region for almost 10 years and assist with more than 280 reforms.

ADB, based in Manila, is dedicated to reducing poverty in Asia and the Pacific through inclusive economic growth, environmentally sustainable growth, and regional integration. Established in 1966, ADB in December 2016 will mark 50 years of development partnership in the region. It is owned by 67 members—48 from the region. In 2015, ADB assistance totaled $27.2 billion, including cofinancing of $10.7 billion.