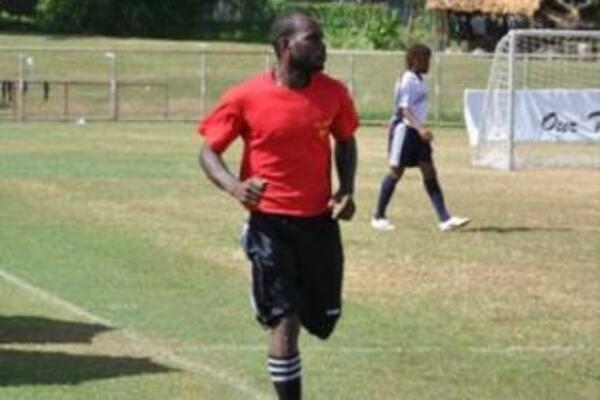 Mr. Rex Kamusu is one of the two Futsal Referees to pass the fitness test ahead of the Oceania Football Confederation (OFC) Futsal Championship in Fiji next month.
Source: SIFF Media
Share
Monday, 26 July 2010 09:22 AM

The two (2) Solomon Islands referees appointed for the Oceania Football Confederation (OFC) Futsal Championship, Rex Kamusu and Silas Leti, have passed a physical fitness ahead of the kick off of the championship in Fiji next month.

"The tests conclude that both referees qualify, in terms of fitness, to officiate in any international match," Mutukera said. "I am more than satisfied with their performance in the tests."

The tests included an endurance 1000m test which both referees had to run in 4 minutes. This was followed by a 40m sprint test run in 10 seconds and then the agility test which combined sprints with sideways running covering a distance of 70m in 20 seconds.

Kamusu and Leti were among the 44 referees that attended the first ever Futsal refereeing course organized by SIFF. After graduating from the course both remained active and committed to their training and also to turning up for organized matches, hence, their recommendation for appointment by SIFF.

Both referees have officiated in a number of competitions locally including the Honiara Junior Futsal League, the Our Telekom National Futsal Championship and very recently at the Solomon Games in the Malaita Province.

Mutukera said that performance wise the referees are qualified for the championship and he expects them to pass the pre-competition tests in Fiji. He added that his team is using the Kurukuru test matches with the Honiara Select to continue to observe and improve both referees' performance.

Mutukera is also saying that this important breakthrough in Futsal refereeing will help stimulate interest in the code for local referees.

"What these two achieve can help inspire other youth to take up Futsal refereeing," Mutukera said. "At the moment everyone is only interested in football refereeing. I hope now this will change."

Kamusu and Leti will leave for Fiji on August 6th. There they will undergo the pre-competition on August 7th. Once they pass this final hurdle their names will go down in history as Solomon Island's first Futsal referees to officiate in a regional competition.