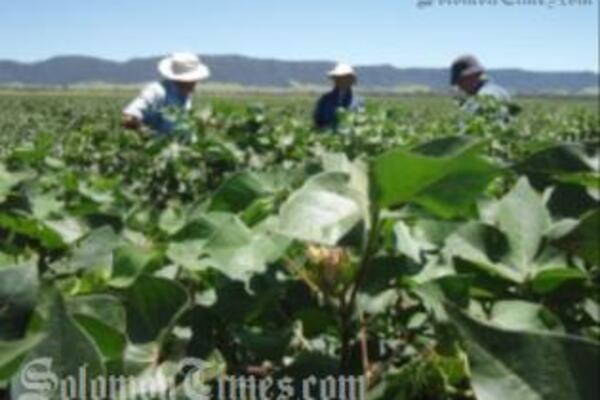 The recruiting agents can begin recruiting locals to work as seasonal labourers for farms in Australia.
Source: cottonaustralia.com.au
Share
Monday, 30 July 2012 11:41 AM

The certificate allows the recruiting agents to begin recruiting locals to work as seasonal labourers for farms in Australia.

Speaking during the official agreement signing of the agents this week, Acting Deputy Trade Director, Jack O'oi says it is critical that the agents abide by the agreement's terms.

The Acting Deputy Trade Director also warned against breaches of the agreement saying it would mean immediate termination of his or her recruiting contract.

The annual conference brings together the scheme's partners, including Pacific recruiting agents and Australian farming companies to discuss issues relating to the seasonal labour scheme.

International organisations, including the World Bank will also be represented at the Sydney Conference.