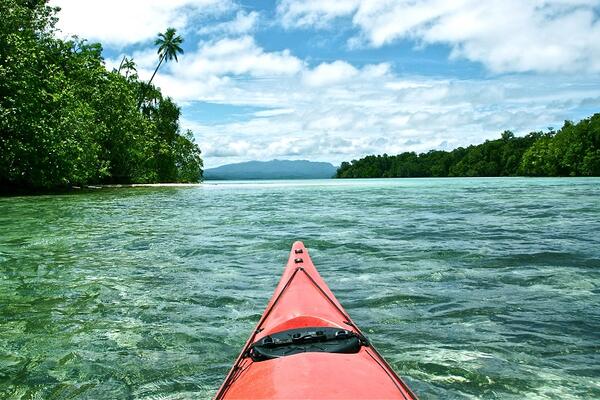 A strong increase in international visitor arrivals in August, a bumper Australian performance and a major upturn in the destination’s ever-building positioning as a new and exciting cruise destination has helped Solomon Islands tourism stay on track for what is shaping up to be one of its best years in recent times.

Official figures released by the Solomon Islands National Statistics Office this week show a total of 1918 international visitor arrivals arrived across the month, the figure eclipsing the 1426 recorded for the same period in 2015 by 34.5 per cent.

This has kept the Solomon Islands Visitors Bureau bang on track for its projected 9 per cent visitor arrival increase in 2016.

Australian arrivals continue to dominate, the 836 Aussie August intake up 46.6 per cent over the 570 total achieved in August 2015 and representing 41 per cent of all international visitation.

Solomon Islands Visitors Bureau CEO, Josefa ‘Jo’ Tuamoto said it was particularly pleasing to see New Zealand visitor arrivals start to climb with a total of 139 New Zealanders visiting the destination in August compared to 121 for the same month in 2015 – an increase of 14.8 per cent.

The August Kiwi figures take the eight-month tally for New Zealand visitors for the year to 1037, a 9.7 increase over the 936 visiting last year and holding New Zealand firmly in place as the destination’s third most important visitor source.

While the visitation figures, all recorded at Honiara International Airport, are extremely encouraging, Mr Tuamoto drew strong reference to the Solomon Islands’ ever-increasing positioning on the international cruise scene which so far this year has seen 10 major vessels entering Solomon Islands’ waters.

“We have long recognised how tight our current hotel room inventory is and this does have impact on our ability to host more international visitors,” Mr Tuamoto said.

“Having said that, we do know that the hosting of the Pacific Games in 2023 will play a role in seeing our overall tourism infrastructure expanded exponentially in the lead up to the event.

“But in the meantime, our ongoing success in building ever-growing cruise visitation is certainly bearing fruit for our tourism aspirations.”

Mr Tuamoto pointed towards the return last week of P&O’s Pacific Eden, visiting Honiara and Gizo for the second time this year with more than 1200 passengers on board.

Three more vessels - Zegrahm Expeditions’ Caledonian Sky, Costa Cruises Costa Atlantica and Compagnie du Ponant’s L’Austral are all due to visit before the end of the year.

“We can readily attribute all these results to efforts our government and tourism industry have gone to as part of a very vigorous process to seize on the opportunity tourism presents to the Solomon Islands,“ Mr Tuamoto said.

“It’s taken a great deal of hard work by everyone involved to turn what represents huge potential into a hard reality and that is exactly what we are seeing as we move towards the close of 2016.

“There can be no doubt the platform has been laid this year and it has been a solid effort.

“But we will need to redouble our efforts if we are to continue in the same vein in 2017.”