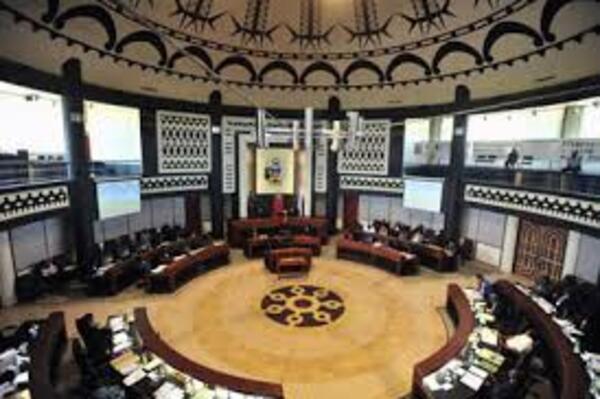 The budget is also dubbed “historic” as it recognizes the value and potentials of the 85 percent majority of the nation’s population in the rural areas participate more actively and meaningfully in the development of the nation.
Source: Archives
Share
Thursday, 09 April 2015 07:57 AM

The budget represents the Government’s first step towards implementing its policies and mandate which sets out the policy direction to progress the destiny of country and its people in the next four years.

The Government’s primary objective is to achieve broad based economic development by empowering people to be engaged in productive activities and absorbed in gainful employment to enhance improved livelihood for all Solomon Islanders.

Minister Rini said the 2015 budget, is a fundamental instrument of Government policy in achieving these objectives. It is an important first step in this direction, both in the way it is presented and in the decisions and priorities it reflects.

“This Government is committed to actions rather than just words. Ministries and agencies now have the necessary policy directions and the strategies to achieve them have been identified”.

“We are now developing the programs against our framework and monitoring their delivery, with a regular reporting requirement placed on all ministries. This Budget aims to get adequate resources to the ministries and agencies so that they can deliver the goods and services to achieve our policy objectives,” Mr Rini told Parliament today.

The 2015 budget is described as the ‘Peoples Budget’ as it will deliver a record $4.18 billion in spending to provide services to all Solomon Islanders. It is focused on the people, and improving their livelihood.

“Our people are the bedrock of our society safety net, but they are unfortunately continued to be underprivileged with basic social services. Our people and resources are the pillars that sustained our country in times of crisis and difficult economic downturn”.

“They need to be provided with better infrastructure network, and opportunities to improve their livelihood and enable them to be stronger and key contributors to the national economy. This budget is meant for these purposes,” Mr Rini said.

The budget is also dubbed “historic” as it recognizes the value and potentials of the 85 percent majority of the nation’s population in the rural areas to participate more actively and meaningfully in the development of the nation.

By doing this the DCC Government is also focusing on working effectively with development partners, the private sector, the churches the non-government organizations, the non-state actors, the civil society, the local communities and the international community. The Government is also strengthening government institutions and structures as well as its economy more generally.

The budget is expected to deliver spending to social services, rural infrastructure, rural development activities and key programmes in the rural areas.