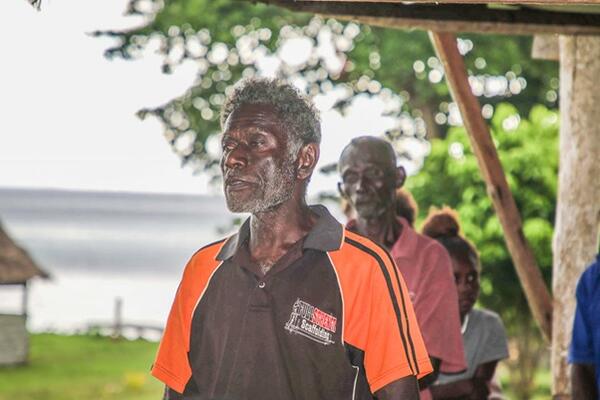 Community elder from Rarumana Island in the Western Province have applauded the government for the Economic Stimulus Package (ESP) initiative that focuses mainly on the rural population.

This was during a site visit to the island by officials from the Ministry of Finance and Treasury and the Office of the Prime Minister and Cabinet recently.

During a discussion session held at Vunirima village this week, Chairman of the Rarumana Seaweed Farmers Association Mr. Kere Kuma stated his gratitude to the officials for their visit to the community.

He stated that it has been a long time since government officials have last gone down to the village to discuss with the rural people.

Mr. Kuma stated that communities in Rarumana have been active farmers of seaweed for a long time until the recent civil unrest, which the country had experienced in the recent past.

He said that just recently, and together with the assistance from the Member of Parliament for West New Georgia Hon. Silas Tausinga, the people have since started to revive seaweed farming.

He further stated that the people have been working hard to produce a desired amount of seaweed but have often been met with setbacks in relation to logistics and other needed materials.

Mr. Kuma then thanked the Government for the ESP initiative stating that this will give seaweed farmers the opportunity to access funds that will help them to improve their projects and will lead to a possible increase in production.

“The ESP is an opportunity for rural farmers to take advantage of in order to benefit their projects, which in turn will benefit their families, communities and the country as a whole,” said Mr. Kuma.

The Economic Stimulus Package Oversight Committee and the sub-committee assures all that the funds will be monitored, and recipients will be held accountable for their use of the funds.