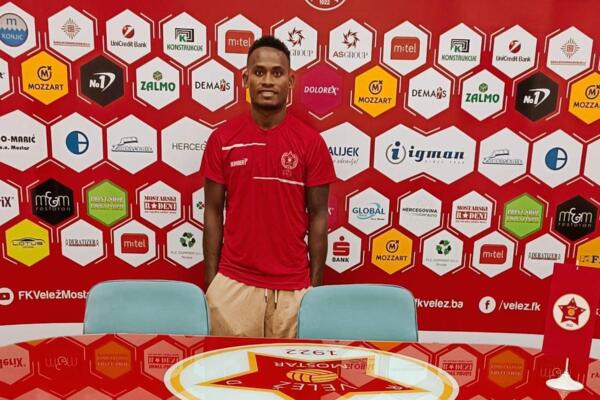 The starlet Raphael Lea’i is currently in Europe pursuing his dream to turn into a professional footballer – as reported by Oceania Football Center during the week.

It was known the player was set to have a trial in Turkey, as mentioned in interview to Henderson Eels’ chairman, but it was revelead by FK Velez Mostar staff member Adnan Dizdarevic that the player is not anymore travelling to Turkey as mentioned before, but indeed the trial is already taking place in the club: “He will not go to Turkey, he came here to agree on a contract and to play. He went to Turkey last summer, but he had problems with his visa” said Dizdarevic to Oceania Football Center.

It was reported the player was in Bosnia and Herzegovina’s top-tier side in order to prepare for the trial period in Analyaspor, Turkey, but the info was denied by Dizdarevic that confirmed indeed the trial was set out to FK Velez Mostar.

“He will go to Turkey with the club (FK VELEZ MOSTAR) for preparations“, said the staff member, mentioned what possibly caused the misunderstanding.

“Raphael is adapting to the time zone, the climate in Bosnia and Herzegovina and the new way of training. I believe that he will manage to sign the contract“, said Dizdarevic that was one of the responsibles to arrange the trials for Lea’i in his club.

The words coming from the staff member of Velez Mostar are delighting and prove Lea’i is definitely close to sign his first pro-contract and already in the European continent.

Velez Mostar is one of the most important clubs in Bosnia and Herzegovina, a very traditional team with passionated fans. The club recently celebrated its 100th birthday and its currently ranked 6th in the top-tier league of the country.