RAMSI Thanks PNG for its Strong Support 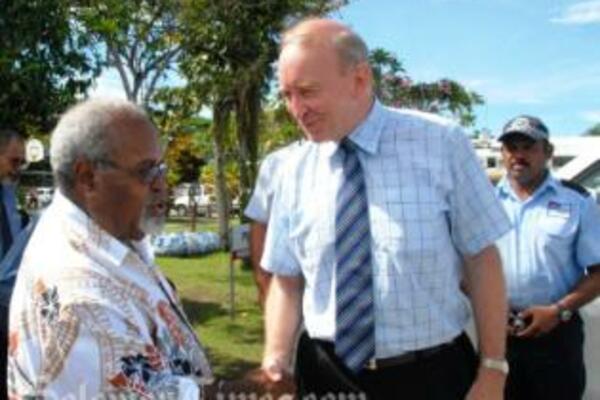 Sir Michael, who is on a three-day visit to Solomon Islands, received a briefing from RAMSI Special Coordinator, Graeme Wilson, and other RAMSI principals.

"Papua New Guinea continues to make a very welcome and valuable contribution to RAMSI through the provision of its police, soldiers and civilians," Mr Wilson said.

Sir Michael also met with members of RAMSI's Pacific Islands Contingent including some of those currently serving from Papua New Guinea.

It was Sir Michael's second visit to the Mission's headquarters, which he previously visited during RAMSI's first year of operation in 2003.