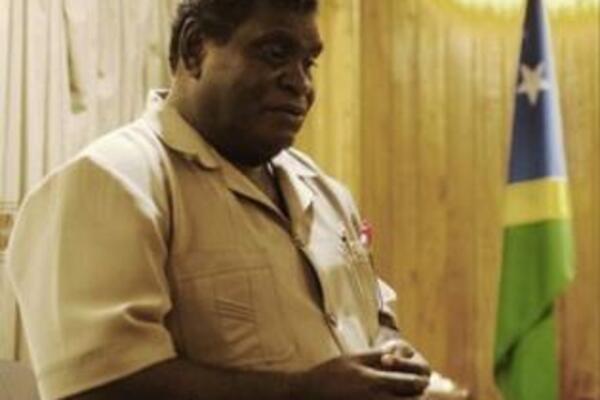 The Prime Minister says it should be free of intervention, writes Daniel Flitton of the Sydney Morning Herald in Honiara.

Australian officials in the Solomon Islands have begun planning for the eventual exit of its multimillion-dollar regional police and security mission.
It comes as the newly elected Prime Minister, Danny Philip, declares he hopes the country can stand alone within five years.

But in an interview with the Herald, Mr Philip acknowledged his ragtag coalition government suffered an international image problem. Its Fisheries Minister is a former militant facing murder charges and the minister in charge of forests is a one-time logging company man.

Mr Philip said women were absent from the 50-member parliament because of a stigma in the society that regarded men as better politicians than women.

Mr Philip won the top job with a thin margin in a parliamentary vote this month and said the seven-year Australian-led intervention, known as RAMSI, could not be expected to remain forever.

''We'd like to be free, we'd like to do things on our own, but we cannot impose on ourselves a situation of doing things ourselves until we're properly prepared. But at the same time ... we are making sure the day RAMSI will exit from Solomon Islands will be hastened as well, so I think we will be looking at another five to six years.''

RAMSI - the Regional Assistance Mission to Solomon Islands - first deployed in 2003 and at its height involved more than 2000 troops and police from across the region, most of them from Australia. Now mostly a police and civilian presence, 187 Australian Federal Police officers are deployed across the country and officials hold finance and legal roles in the government.

Australian funding for the mission is due to expire in 2013, and a special ''transition committee'' has been set up to manage the draw-down.

The RAMSI deputy special co-ordinator, Justin Fepulea'i, said the committee was so far an internal discussion between Australia and New Zealand and was yet to engage the Solomons government.

He said a five- to six-year timetable to wind up the mission was ''reasonably realistic'' but foreign assistance in the country was likely to continue in other forms. ''[It] is a balance between getting out too early, with the repercussions that might flow from that, against the risk from staying too long, and having people start to question why you are still here.''

The mission has been criticised by some Solomons politicians as a breach of national sovereignty and an attempt at re-colonisation. However, Mr Philip said he was sure the Australian-led force would gladly leave if asked.

He said people were entitled to cast judgment on members of his government but the fluid nature of politics in the nation, with about 18 political parties fighting for 50 seats, made maintaining a coalition difficult.

Jimmy ''Rasta'' Lusibaea, a former militia leader and now the Fisheries Minister, will face court in November over an alleged murder in 2002.

He has already spent time in prison for his role in ethnic tensions that crippled the country from 1998 to 2003.

But Mr Philip said defeated candidates always sought to dredge up the past of the victors.

''There's a bit of frivolity in it, there's not seriousness in it. It's a little bit of smear campaign.''

Mr Philip said Bobo Dettke, the Forestry Minister and a one-time executive with the logging company Success, would bring expertise and was well-versed in the intricacies of the industry.

Mr Philip said he was aware allegations of corruption could shake the confidence of foreign aid donors.

He would support a move to reserve 10 seats for women in parliament if that was the outcome of a constitutional and electoral review.