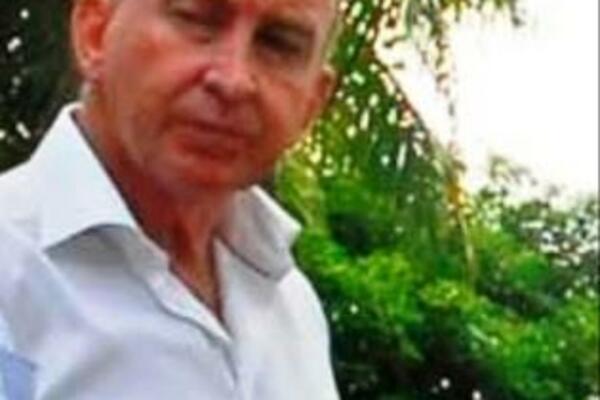 RAMSI Special Coordinator, Graeme Wilson, presented traditional gifts or chupu, to the family and community of the Solomon Islands man who died in an incident involving RAMSI security forces, on Thursday 12 August.

Mr Wilson, who was accompanied by RAMSI's senior police, military and civilian officials, pledged to work with the family of the late Harry Lolonga and the communities of Titinge and Peochakuri on the Weathercoast to resolve the issue amicably.

Presenting the chupu, Mr Wilson said the gifts of shell money, a pig, traditional root crops and other foodstuffs were being humbly presented by RAMSI as recognition of Guadalcanal tradition known as Lakasia Namate.

"As we mourn Harry Lolonga's passing, let us all pray and ask God's divine guidance in working together with all parties to resolve this tragic incident amicably."
For my part, I will be doing everything within my means to try to address this situation," Mr Wilson said. "I assure you all of our sincere and heartfelt condolence on this sad occasion."

Traditionally, a Lakasia Namate ceremony allows two parties to cease any conflict and find a peaceful resolution of their problems.

Mr Lolonga, a former policeman, was killed in the early hours of Thursday morning, after members of RAMSI's Tongan military contingent were called in with RAMSI police and the Royal Solomon Islands Police Force members to deal with an incident at Titinge Village on the outskirts of Honiara. The police and military came under sustained attack from a group of more than 50 men throwing rocks over a two hour period.

The Premier of Guadalcanal, Stephen Panga, thanked RAMSI for recognising the traditional culture of Guadalcanal by agreeing to present chupu.

"By taking part in this ceremony, RAMSI, through the Special Coordinator, is helping us to put down a roadmap for fulfilling reconciliation on this issue."

Mr Panga said his Government was working very closely with the National Government, RAMSI and the other authorities to find an amicable resolution of the issue.

"I appeal to my good people of Guadalcanal, especially the young people, to respect the laws of this country and leave this to your leaders and do not take things into your own hands."

The member-elect for South Guadalcanal, Hon. David Dei Pasha, who opened and closed the ceremony, also urged people to be 'peace makers' despite the loss of their loved one.