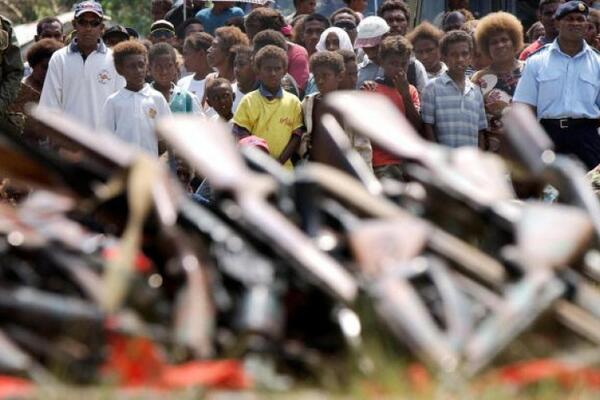 RAMSI's Participating Police Force (PPF) Commander Paul Osborne has told Radio Australia’s Pacific Beat that the plans to re-arm the police force will only be for three sections of the force.

"And the police response team, which is the specialist police capability to deal with high end threat situations."

Mr Osborne says the plan is to introduce between 60 and 80 firearms and have up to 150 officers trained to use them.

"Weapon types haven't been selected yet and that'll be part of the program design that'll be undertaken in the coming months," he said.

Mr Osborne says the rearmament program is still in the planning phase and any issuing of guns is sometime away.

Before RAMSI, Solomon Islands experienced years of ethnic tension where police guns were stolen and used by former militants.

It has been widely reported that there are some private small arms that have remain hidden. These include home-made firearms, commercial handguns and long guns, and undoubtedly a number of military-style rifles.

On occasion, guns are still used to intimidate, but firearm-related homicides and criminal shootings are now virtually unheard of.