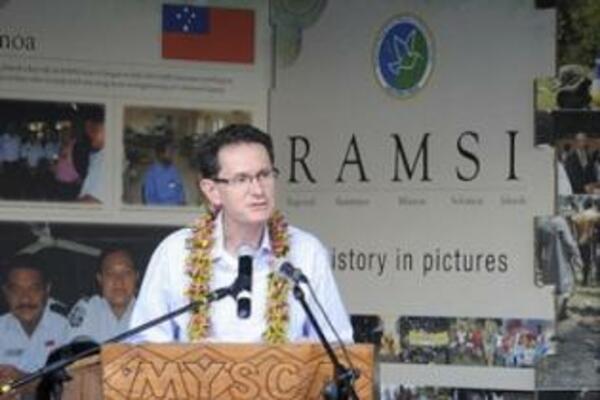 RAMSI will withdraw police from a further five areas of Solomon Islands this year in order to focus more on building the capacity of the country's own force.

The Special Co-ordinator for the Regional Assistance Mission to Solomon Islands (RAMSI), Nicholas Coppel, says although no decision has been made on withdrawal of the military component, scaling back frontline policing in the provinces is continuing.

Nicholas Coppel says police were withdrawn from five provincial posts in the second half of last year and he's hoping to withdraw all RAMSI police within the next two years.

"We will withdraw from a further five provincial police posts in the first half of 2012 and that will leave us primarily in Honiara and also a small presence in three other locations: Auki, Gizo and Lofa, which is on the border with Papua New Guinea."

Nicholas Coppel says Solomon Islands police need more training when it comes to dealing with riots and other civil unrest, which RAMSI plans to put more resources into.