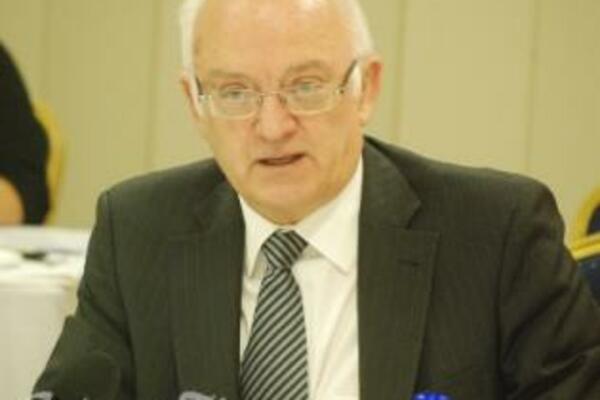 Mr McMullan said that the strategy is clearly set out in the 2009 partnership framework between the Solomon Islands government, RAMSI and Pacific Islands Forum.
Source: Photo Supplied
Share
Monday, 12 April 2010 08:47 AM

Chairman of the Enhanced Consultative Mechanism talks on RAMSI, Bob McMullan, has said that the mission's exit strategy will not focus on a date rather it would be "through setting a series of performance benchmarks."

He says once these are achieved, RAMSI's activities will be eventually phased down and out.

Mr McMullan said that the strategy is clearly set out in the 2009 partnership framework between the Solomon Islands government, RAMSI and Pacific Islands Forum.

Meanwhile, the Australian Parliamentary Secretary for International Development assistance says Australia currently has 24 grant assistance programs across nine countries - and Solomon Islands is one of the countries receiving most grants.

Mr McMullan says the success of these projects in building the economic infrastructure of the country will depend very much on companies and individuals in the manner they generate wealth that can be dispersed to low income people.

He says each of the projects has a particular aspect that will disperse its income across to low income people or those who are in need in the country.