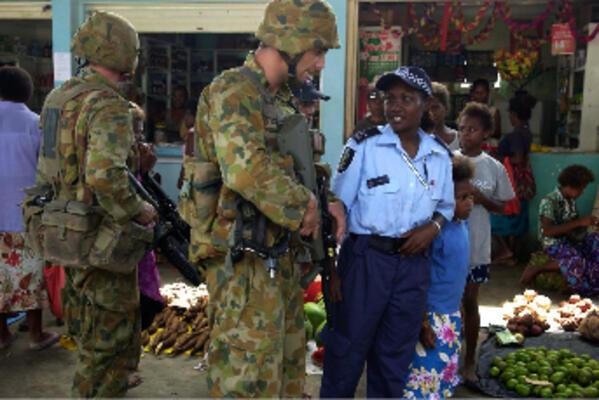 Australia has concluded its decade-long defense mission in the Solomon Islands, with troops now packing up before heading home later this year.

Defence Minister Stephen Smith said Australia formally ended the military side of the Regional Assistance Mission to the Solomon Islands (RAMSI) on June 30.

Troops are now in the process of extracting equipment, and all will be gone by the end of September.

However, a small number of Australian Defence Force personnel will remain under the long-running regional Defence Cooperation Program.

RAMSI will also continue as a police mission, with the Australian Federal Police keeping up to 110 officers on the ground.

Launched in July 2003 as the Solomons teetered on the brink of anarchy after years of internal unrest, the RAMSI mission involved more than 2000 troops and police from Australia, New Zealand, PNG, Fiji and Tonga.

They speedily restored order, allowing the difficult task of rebuilding the Solomons governance to proceed.

Two Australians have died on RAMSI operations. In 2004, Australian Protective Service officer Adam Dunning was shot dead by bandits. In 2005 Private Jamie Clarke died when he fell down a sinkhole while on patrol.

Mr Smith said some 7200 defence personnel had served in the Solomons in a decade, including some 2200 reservists.