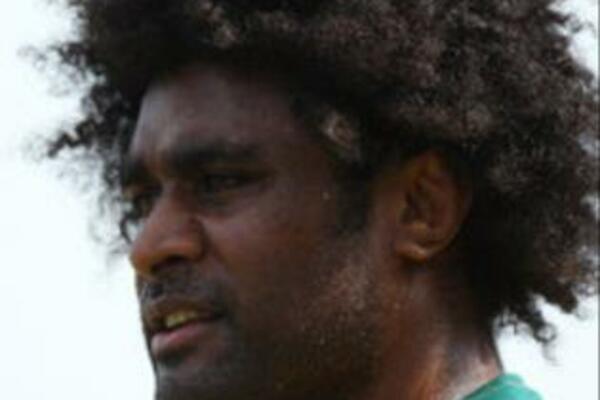 Qantas Wallabies, Will Genia, Radike Samo, Digby Ioane and Ben Tapuai have been selected as Ambassadors for the Pacific in Union program, a new tripartite initiative between Australian Rugby Union, the IRB and the Australian Government.

Pacific in Union is a part of the Pacific Sports Partnerships, a program that uses sport as a vehicle to achieve social development outcomes in Pacific island countries. The program is an Australian Government initiative, delivered in partnership with Australian national sporting organisations and their regional counterparts.

As part of the program, which uses Rugby as a social development and educational tool in Pacific Island communities, the four ambassadors will visit Papua New Guinea (Genia), Solomon Islands (Samo) and Samoa (Ioane and Tapuai) over Easter.

The players will be undertaking visits to local communities, running skills clinics in local schools as well as attending an official ceremony at Australia's High Commissions in the respective countries.

ARU Managing Director and CEO, John O'Neill AO, thanked the four Qantas Wallabies for their commitment to the program and said he was excited Australian Rugby could give back to the Pacific.

"For some time now Rugby has benefitted at all levels, particularly the elite, from the participation of players with Pacific Island heritage, so to be able to give something back to these communities is only right," Mr O'Neill said.

"Currently 35% of players in the five Australian FxPro Super Rugby sides are of Pacific Island heritage.

"The four Qantas Wallabies selected are fantastic role models here in Australia and now have the opportunity to continue that work in the communities they are visiting.

"I want to thank the IRB and the Australian Government for their support in delivering Pacific in Union.

"The different skills and resources the three parties bring to the table are invaluable and will ensure the program is a success on the ground."

The Pacific in Union Program will target three key areas:
. A regional Mass Participation curriculum to be delivered in Pacific Island schools;
. A Talent Development Program designed to build the capacity of Pacific Island coaches, referees and administrators; and
. A prisoner re-integration initiative which will train prisoners as Rugby referees.

Establishing a Mass Participation curriculum will help expose more boys and girls, men and women in the Pacific Islands to the joys and benefits of Rugby.

The curriculum will be based on ARU's successful EdRugby and TryRugby curricula and will provide schools in the Pacific Islands with a Pacific-specific and coordinated Rugby curriculum that incorporates classroom and field activities culminating in provincial Rugby festivals throughout the year.

"The absence of a regional mass participation Rugby program, which is prohibitively expensive for most of our Member Unions to develop, is one of the biggest challenges to the growth of Rugby in the Pacific Islands" Mr Glenwright said.

"This joint initiative is a game changer for Rugby in the Pacific Islands and I believe we will see an explosion in the growth of Rugby in the region as a result of the Pacific in Union program.

"At the same time it will also help deliver the important messages of healthy living and education to communities across Papua New Guinea, Solomon Islands and Samoa."

The Pacific in Union Program could be extended to other countries in the pacific following an assessment of the outcomes and achievement in Papua New Guinea, Solomon Islands and Samoa.

IRB Chairman, Bernard Lapasset, welcomed the tripartite agreement and said Pacific in Union was another positive investment in the Pacific.

"The IRB has invested over AUD $24million in the Pacific Islands over the last World Cup cycle and this partnership between the ARU, IRB and the Australian Government will significantly enhance this investment," Mr Lapasset said.

"ARU is a regional and global leader in Rugby and the IRB congratulates the Union and the Government for their role in the Pacific in Union Program, which is set to benefit Rugby and communities in the region."