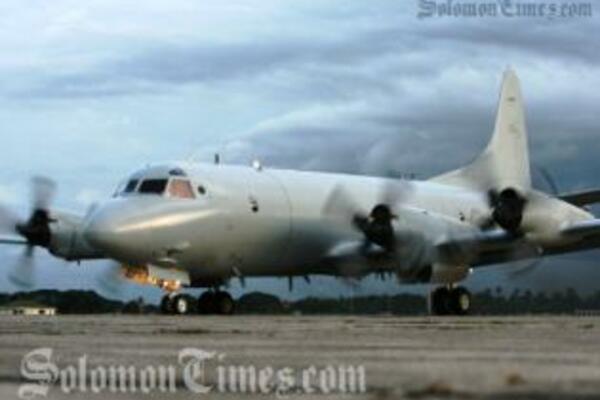 The Orion and its crew had been tasked to support a search and rescue mission in the area on Friday after the 27-metre, island trader MV Solfish 001 failed to arrive at its designated port of Lata earlier in the week.

"With a search area that large, the AP-3C's unique capabilities, particularly the data captured from sonobuoys, allowed specialists at the Rescue Coordination Centre - Australia to refine the zone, ultimately leading to the successful recovery," Lieutenant General Power said.

"The aircrew spent hours patiently working through the search zone and coordinating with other aircraft and vessels to firstly find the debris field and then confirm a possible sighting of life rafts - it was a great effort by all involved."

The crew of the AP3-C identified a debris field on the second day of the effort which allowed further refinement of the search area.

"About two hours after finding the debris, a civilian aircraft reported possible life rafts that were quickly confirmed through a low pass by the RAAF aircrew.

"The confirmation allowed surface vessels to be directed to the five life rafts and recover the 49 Solomon Islanders."

The RAAF AP-3C returned to the search area on the evening of 26 May, 2012 to coordinate the rescue effort and advise the ship's master of the life rafts exact location.

Recovery efforts were complete early in the morning of Sunday 27 May, 2012.

The efforts of the RAAF aircrew, personnel at the respective Australian and Solomon Islands Rescue Coordination Centres and aircrew and masters of other aircraft and vessels involved resulted in the safe recovery of 49 people including 10 women and six children.

The Australian Defence Force regularly responds to request for assistance from the Australian Maritime Safety Authority.