Putting Risk on the Map in Solomon Islands 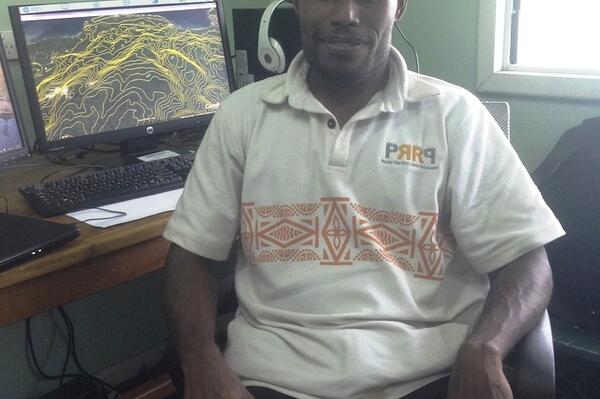 Mr. Rueben’s work is part of a larger programme, the Pacific Risk Resilience Programme (PRRP), which is helping strengthen the Solomon Islands’ ability to manage the risks and impacts of disasters and climate change.
Source: Photo supplied
Share
Monday, 03 November 2014 10:41 AM

The Solomon Islands is set to have a one-stop-shop database of maps and relevant information that shows decision-makers where risks like flooding, erosion and landslides are high.

“From what I’ve known, significant flooding started around 2009, but for the previous years there was no real major flooding,” said Reginald Reuben, MECDM Principal Geographic Information Systems (GIS) Officer for Risk Resilient Development.

“It seems that the rainfall frequency and intensity is increasing,” he said.

Mr. Reuben’s job is to build the database and create maps that show people the areas that are particularly at risk of flooding, rising sea levels, landslides, and other hazards.

“The maps can easily help people make decisions, mainly in terms of planning where to build and where not to build.”

This will be useful for development planners, who need to anticipate the possible risks when building houses, roads, bridges, schools, and other buildings and infrastructure.

To determine the risks, he and his team looks at a wide range of information, including satellite images, census data (including population and settlement data), and other data from various ministries.

Mr. Rueben’s work is part of a larger programme, the Pacific Risk Resilience Programme (PRRP), which is helping strengthen the Solomon Islands’ ability to manage the risks and impacts of disasters and climate change.

While much of his day job is spent collecting and collating data from the three ministries, Mr. Reuben says visiting communities and working in the field is his favourite part of the job.

“It’s exciting going out into the field, and it very much makes me feel as if all the work I’m doing is helping people in communities”.

Recently, Mr Rueben and PRRP’s GIS specialist Bryan Pitakiareturned from Malaita Province, where they consulted with people about potential risks in their communities, spending around two days with each village.

Sea level rise is a particular risk for these Malaitan communities, according to Mr Reuben, who has been working with MECDM since May this year.

“If the sea level rises even just a little, all communities in low lying areas will be affected.”

These communities, as with many others in the Pacific, are highly vulnerable to the negative effects of climate change, and natural hazards, such as cyclones, earthquakes, volcanoes, droughts and floods.

“It very much feels like the work we are doing is helping,” Mr. Reuben said.

PRRP aims to integrate risk management into broader development processes to help build the resilience of the Pacific people.It is a risk governance programme in one of the most vulnerable regions to disasters and climate change in the world.

The US$16.1 million programmeis being delivered through a partnership between the Australian Government Department for Foreign Affairs and Trade, the United Nations Development Programme, and the international Non-Government Organisation Live and Learn Environmental Education.

PRRP is active in Solomon Islands, Vanuatu, Tonga and Fiji.