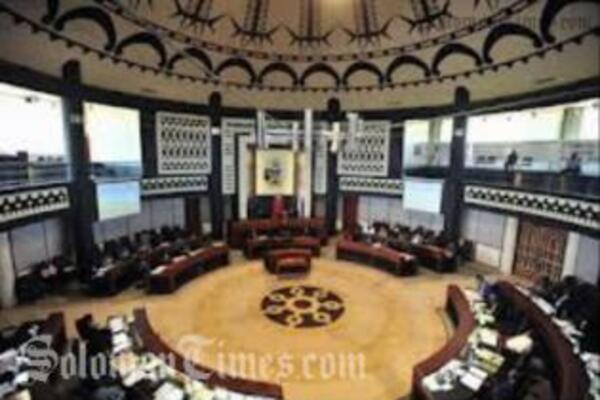 The Committee will then prepare a report for parliament before the supplementary appropriation bill is debated today in Parliament.
Source: theodora.com
Share
Friday, 14 September 2012 08:49 AM

The Solomon Islands Parliamentary Public Accounts Committee has concluded its hearing into the 2012 Supplementary Appropriation Bill 2012, ahead of today's commencement of Parliament sitting.

Following the appearance of various Ministries before the Public Accounts Committee to request for additional funds, the Committee will then prepare a report for parliament before the supplementary appropriation bill is debated.

The Ministry of Culture and Tourism, led by the Ministry's Permanent Secretary, John Wasi sought approval from the Committee for additional funds amounting to more than $35m. This was for expenses incurred over the Festival of Arts as well as for the Ministries costs for telephone bills, house and office rentals and office security for the rest of the year. On the other hand, the Committee also requested for the Ministry to provide details of how it spent additional funds towards hosting the recent 11th Festival of Pacific Arts.

The Ministry of Lands, led by its Permanent Secretary, Stanley Wale requested $7m. It was understood that part of the funds will go to trustees of Koku land in Central Guadalcanal for resettlement of residents of Goldridge and the Kongulai Water source landowners in Northwest Guadalcanal and Ziata landowners in Noro, Western Province.

The Ministry of Foreign Affairs, led by its Permanent Secretary, Mrs. Joy Kere also requested for an additional $950,000 as supplementary for its office rental group and an additional $1.8m for its commitment to the Melanesian Spearhead Group as pledged by the Government in 2009.

The Ministry of Health and Medical Services had also requested for an additional $34m.

The Ministry of Education and Human Resources Development was the last to appear yesterday afternoon, seeking an approval of more than $45m for overseas scholarships expenses.

Six other ministries appeared before the committee yesterday, including Culture and Tourism; Agriculture and Livestock; Communications and Aviation; Police and Correctional Services; Fisheries and Marine Resources and Mines and Energy.

Parliament will start its sitting today when a motion of no confidence is expected to be tabled against the Solomon Islands Prime Minister, Gordon Lilo Darcy.