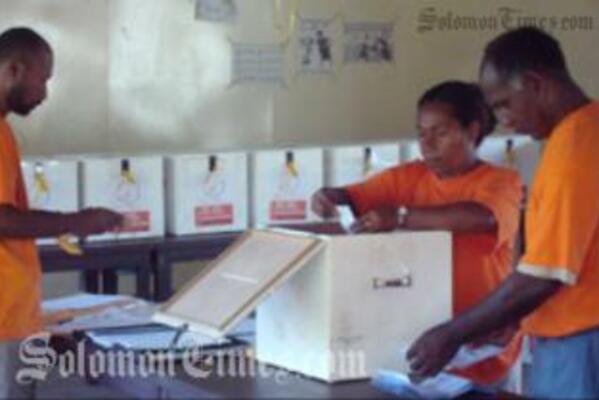 Results of the Provincial elections held yesterday are expected to trickle in as polling stations start counting this morning.

Reports from various polling stations throughout the country say that elections were conducted without any disruption. "All polling stations opened on time, and have reported a marked increase in voter turnout, which is good," stated one of the returning officers.

A spokesperson from the Ministry of Provincial Government says that all logistics for the elections went smoothly. Although the Outer Islands of Malaita may be required to defer their elections due to bad weather preventing boats with election materials to arrive on time.

Political commentators say that it would be interesting to see how new Provincial governments fit will into the current governments wider reform agenda, particularly on the issue of Constitutional reform.

"Upcoming Provincial governments will play an important role in the ongoing Constitutional reform exercise. Most, as history has shown, will be new members, so it would be interesting to see what views they hold as this could greatly influence any talk of reform," stated one political commentator.