Protest in Auki Against Planned Removal of Provincial Secretary 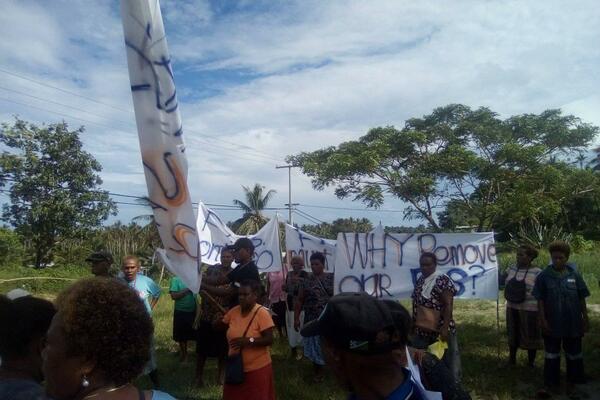 A peaceful protest is currently underway in Auki, the provincial capital of Malaita Province.

The protest was sparked by the planned removal of the Provincial Secretary of Malaita Province, Fredrick Fa’abasu, by the Ministry of Provincial Government (MPGIS).

The protest was streamed live on Facebook by the Youth Online Campaign - a youth movement seeking to empower youths through training and dissemination of information.

One of the organizers could be heard urging protestors to ensure that the protest remains peaceful, and to respect law enforcement agencies. Police escorted protestors as they marched through Auki town chanting “Malaita say, PS stap (stay).” Reports from Auki say that the conduct of protestors has been peaceful.

A press statement from the office of the Premier of Malaita stated that he is aware a directive was given to the Minister of Provincial Government by the Prime Minister to recall the Provincial Secretary of Malaita with the intention of sacking him.

Officers at the MPGIS would not comment on the alleged removal, referring the matter to the Permanent Secretary.

Malaita Premier Daniel Suidani says that his government will do what they can to ensure that the Provincial Secretary remains in Malaita, even if it means funding the position through Provincial funds.

“He has done so much that improved our Province and we cannot see why the national government would like to recall him to Honiara. Any such move will be seen as a move against the MARA government and the people of Malaita Province.

“It is no secret that the government is doing this to please its new friend the People’s Republic of China since the MARA government has been standing strong against PRC entering Malaita,” said Premier Suidani in the prepared statement.