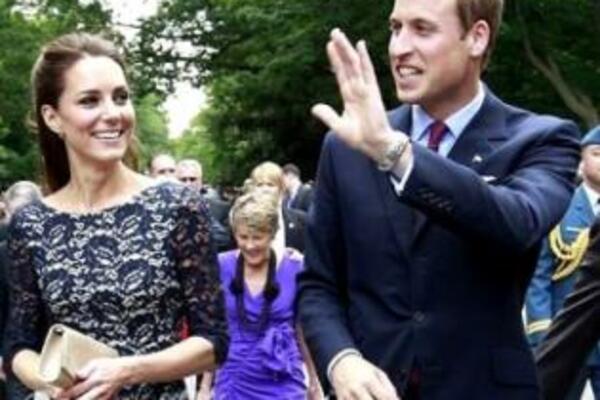 The Palace has released new details of their itinerary - including confirmation of a private second honeymoon in Solomon Islands.
Source: Photo supplied
Share
Wednesday, 05 September 2012 08:03 AM

Prince William and Kate will embark on an eight day tour of Asia Pacific beginning next week. The trip is a continuation of the Diamond Jubilee World Tour celebrating the Queen's 60th year of reign.

"It was previously confirmed the Duke and Duchess of Cambridge would travel to Singapore, Malaysia, Solomon Island, and Tuvalu, but now the Palace has released new details of their itinerary - including confirmation of a private second honeymoon in Solomon Islands."

"The destinations were chosen by The Queen for The Duke and Duchess of Cambridge, which underlines the importance that Her Majesty attaches to these significant nations in South East Asia, and their relationship to the United Kingdom, and to two of Her Majesty's Realms in the South Pacific," a statement by St. James Palace officials reads.

. The Duke and Duchess travel to Honiara, in Solomon Islands.

. Kate and William will travel in an open-topped vehicle to the Church of Melanesia cathedral in Honiara, where they will attend a joyful service of thanksgiving for the life of dedicated service of The Queen.

. In the evening, The Duke and Duchess will attend an Island Feast, given in the traditional manner outdoors, hosted by the Governor-General at his official residence.

. Their Royal Highnesses will begin the day with a call on Prime Minister and members of the Cabinet at the Prime Minister's Office.

. The Duke and Duchess travel to a cultural village in Honiara, where the Royal couple will view performances by the nine provinces that make up the nation.

. The Duke and Duchess will split, the only time they do so on the Tour to go on separate engagements: The Duke will award six Duke of Edinburgh gold awards to Solomon Islanders and one awardee from Vanuatu. Meanwhile, The Duchess will attend a reception for Solomon Island women's groups.

. The couple will then re-join each other to travel together to a memorial in Honiara to the Coast Watchers where they'll lay a wreath before meeting veterans of the Coast Watch.

. Kate and William will then attend a lunch reception hosted by the Prime Minister in aid of Solomon Islands charities, including representatives of the Diamond Jubilee Trust.

. The Royal couple will proceed by boat to the island of Marapa, where they will first visit a village before traveling on a traditional war canoe the short distance between Marapa and Tavanipupu.

. On arrival on Tavanipupu, The Duke and Duchess will be met by a local musical and dance welcome, before retiring privately for the night at the exceptionally beautiful resort hotel.

Their Royal Highnesses travel back to Honiara and then travel to Tuvalu on the 18th of September 2012.