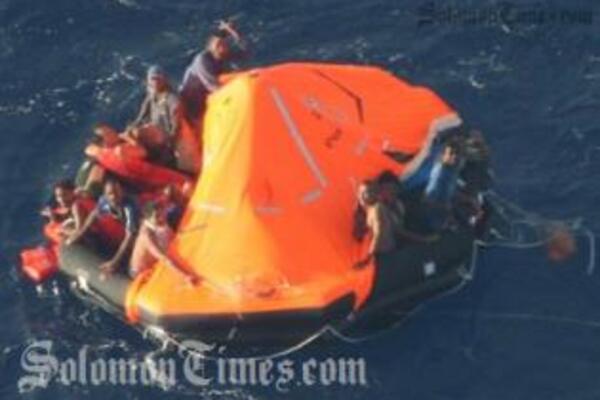 Survivors of the Solfish 001 during the rescue.
Source: Government Communication Unit
Share
Friday, 01 June 2012 09:13 AM

The 27-meter coastal trading vessel was reportedly capsized in heavy seas en route to the country's most Eastern Province of Temotu.

All 49 passengers including 10 women and 6 children, one of which is a 1 year old girl were successfully rescued from five floating life rafts 3 days after the ordeal.

Prime Minister Lilo said the successful rescue of the 49 survivors demonstrates the professionalism and commitment of those involved in the rescue mission.

"I on behalf of the government and people of Solomon Islands including families of the survivors commend your tireless efforts and professionalism in rescuing the precious lives of our fellow citizens," Prime Minister Lilo said today.