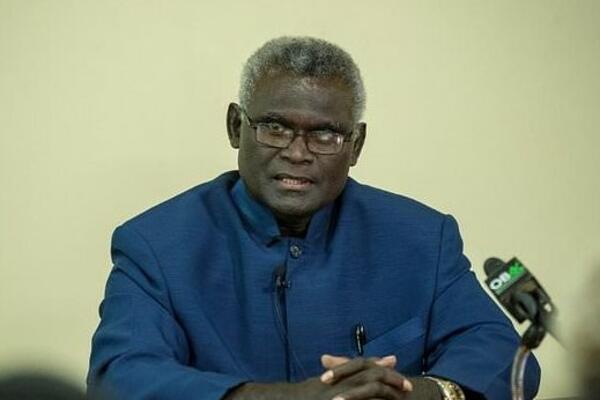 MP for East Choiseul, Hon. Manasseh Sogavare has made orders in his capacity as Prime Minister to curb the spread of COVID-19 in Solomon Islands.

Speaking this afternoon in a nationwide address, Prime Minister Sogavare said the proclamation of a state of public emergency by the Governor General has activated certain processes which is now unfolding.

“Fellow Solomon Islanders, a proclamation of a state of public emergency sets the platform for the invoking of the Emergency Powers Act, which gives the Governor General, powers to make Regulations to deal with situations pertaining during a public emergency, and His Excellency has made the Emergency Powers (COVID-19) Regulations 2020 pursuant to that Act. These Regulations were published in the Gazette this morning and is now in force," Sogavare said.

He said the Emergency Powers (COVID-19) Regulations 2020 has given him powers to make these orders during the state of public emergency.

(a) to declare a public place to be a quarantine station;
(b) to prohibit the entry of a person or a class of persons into
Solomon Islands;
(c) to direct a person or a class of persons to comply with quarantine procedures;
(d) to take possession of or requisition property to establish a quarantine station;
(e) to declare a public place to be an emergency zone;
(f) to restrict the movement of a person for the maintenance of order and security of the public in an emergency zone;
(g) to temporarily close a public place;
(h) to restrict the movement of vessels and aircrafts;
(i) to suspend access to online media outlets or media outlets;
(j) to make an Order for the National Disaster Council to coordinate and implement emergency operations;
(k) to order the release of special funds provided for under other laws of Solomon Islands to implement public safety measures.

The state of emergency is for a week.

However as announced by the Governor General, if Parliament by way of a resolution with the support of two thirds of Members decided to extend that period then it will be extended for a period of 4 months as provided for under section 16 (5) of the Constitution.