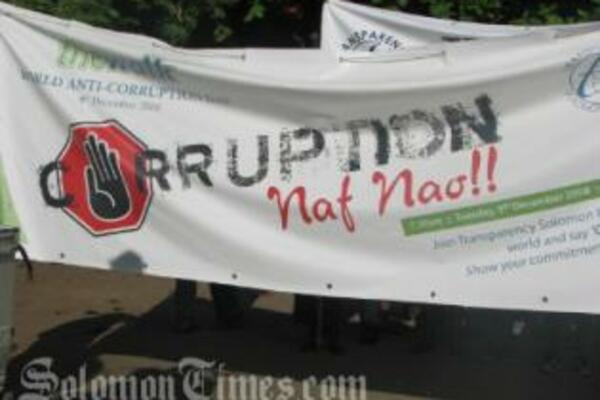 The government will put an end to "shadow government" that is eating away resources from the rural population.

Prime Minister Dr. Derek Sikua made this statement in reference to governments who are being controlled by cronies and businessmen with strong connections to Parliament Members and have much influence and control over them.

He said his government hopes to put an end to this sort of practice once and for all.

"Such governments which are ran and controlled by cronies and businessmen seriously undermine our efforts to building an equitable Solomon Islands society," Prime Minister Sikua said in addressing the nation last week during Independence celebrations.

The Prime Minister hopes that a newly established high level Anti-Corruption Taskforce set by his government to develop a national anti-corruption policy would put an end to hidden or shadow government.

The completion of the anti-corruption policy will pave the way for long term basis for reform and better coordination of government efforts to tackling corruption practices in Solomon Islands, he adds.

Prime Minister Sikua revealed that his government is currently debating a proposed legislation on political parties, aimed at ensuring that the process of electing a Prime Minister and subsequent formation of government is made in a transparent manner.

He added that these are efforts made by his government to fight out corrupt practices in the Solomon Islands.