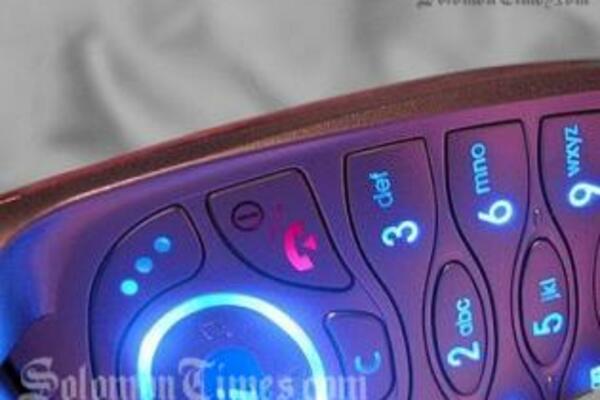 "It is time to make the benefits of 21st Century communications available to our population, businesses and government": Prime Minister Sikua.
Source: Photo Supplied
Share
Tuesday, 22 December 2009 07:40 AM

Dr Sikua said the Government-established Independent Evaluation Committee has reached the decision because it is apparent that major improvements in the quality, type and price of our mobile telecommunications services in the country.

"It is time to make the benefits of 21st Century communications available to our population, businesses and government".

"After consulting with advisors on the best way to do this, including the World Bank, RAMSI and others, we initiated a process over a year ago to introduce competition to our telecoms market," Dr Sikua explained.

He made it clear that following the formation of an independent Evaluation Committee created under the new Telecommunications Act, the group started by engaging a specialist law firm with lawyers in New York, Geneva and Singapore to make certain that the process would be administered to the highest level of international standards, thus, a Request for Applications specifying detailed information to be submitted to it and the criteria used to select the winner was published.

The Committee then received three applicants, namely Bemobile, Digicel and Milestone Development of which Bemobile and Digicel being the serious of the three applicants were carefully assessed by the Evaluation Committee and its advisors.

Dr Sikua also stressed that the key guiding principle of improving the long-term well-being of the people of Solomon Islands is set out in the new Telecommunications Act which aimed to promote the inclusiveness and fairness of its society and the productivity of its economy by improving the availability, the affordability and the quality of telecommunication services in our country therefore an important part of the evaluation of the applicants concerned their readiness to invest in infrastructure and services.

He highlighted that the assessment was made according to the experience and track records of applicants in other countries, their commitments regarding the type, quality and geographical coverage of their services, their financial security and they were prepared to guarantee these commitments, their ability to finance the investment and the radio frequencies they required.

However whilst some of the applicants insisted on tax breaks valued at tens of millions of dollars, some promised more and others less by way of how they would serve the country and after careful considerations the Evaluation Committee saw that Bemobile had offered the best proposal.

He concluded by urging Bemobile to move quickly in building its network and in winning customers and encouraged Solomon Telekom to prepare for the coming competition by doubling its efforts to expand its network, improves its services and reduces its prices.

"Bemobile has committed to launch its services within six months and to expand its network to reach eighty one percent of the population twenty one months later" said Dr Sikua.