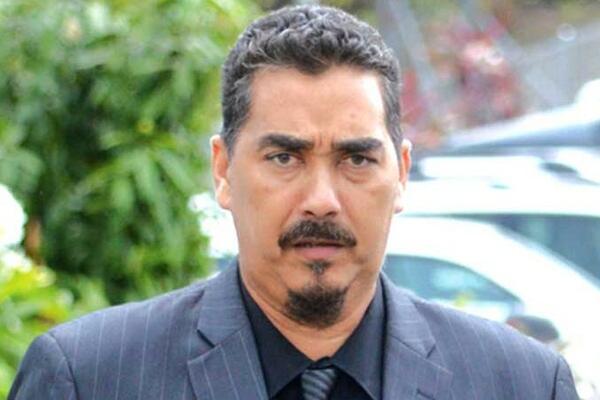 Hon. Bodo Dettke will now be mandated with the important task of driving this government’s priority sector as the new Minister for Tourism.
Source: theislandsun.com
Share
Thursday, 20 August 2015 07:29 AM

The Solomon Islands Prime Minister, Hon. Manasseh Sogavare has announced a reshuffle of his Cabinet Ministers.

In announcing these changes, the Prime Minister said, “With the proposed Forestry Reforms currently being undertaken by the DCC Government and due to the significance this sector has on the national economy, we want to ensure that any progress made to effectively regulate the industry, maximise returns and improve sustainability, is not compromised by personal conflict of interests which might complicate the process.”

“For this reason the Hon Bodo Detkke will now be mandated with the important task of driving this government’s priority sector as the new Minister for Tourism.”

The Prime Minister further added, “As a demonstration of my confidence in the next generation of MP’s and as a measure of this government’s commitment to impartial decisions that reflect the national interest, Hon. Bartholomew Parapolo will be sworn in as the new Minister for Forests and Research. As a newly elected Member of Parliament who has no commercial ties to the logging industry, I am confident that with the technical support of Ministry Officials and in particular the Permanent Secretary and the Commissioner of Forests, Hon. Bart Parapolo has the capacity to work closely with industry stakeholders to overcome the challenges of this vital sector and facilitate implementation of the DCCG policy agenda.”

The Prime Minister explained that these new portfolio allocations are neither demotions or promotions but instead for purposes of supporting the delivery of DCCG policies, encouraging Caucus solidarity and promoting national unity by recognizing that change can only be achieved if we work together at all levels of our society and must begin with us leaders. “This decision represents the confidence I have in each of these Ministers to carry out their mandated responsibilities without fear or favour and they all have the full support of the DCC Government,” he added.

“With regard to recent speculations in the media about development projects on Malaita I would like to make it abundantly clear that the DCCG is not being idle in addressing the needs of the Malaitan people as some would like the public to believe. This week the OPMC will issue a detailed statement on the progress of the much talked about developments since the Budget was passed in April this year with specifics from each sector to be addressed by the individual Ministries.”

The Prime Minister has emphasized that “Unity is fundamental to achieving both provincial and national development aspirations of the Solomon Islands which needs to originate as a collective understanding between individuals who can come together for a common purpose. On this basis we can lay the foundations for nation building through compromise and mutual understanding rather than taking polarized stances on controversial matters which only serve to create antagonism and cause confusion that will ultimately lead to social upheaval as the Solomon Islands has already experienced.”

Prime Minister Sogavare added, “As far as explanations go now is the time for less talk and more action, the time for talk and explanations will come on the floor of Parliament and the DCCG is ready to answer for its actions and we hope that the same can be said of those from the other side of the House who are now so vocal about long standing issues which have been begging for answers while these same outspoken MP’s held senior Portfolio’s in previous Government’s. The message now to Malaitans and all Solomon Islanders alike, is that if we are to progress development in our respective Wards, Constituencies and Provinces, then we must unite and stop looking for somebody to blame but rather come together and work collectively on finding appropriate solutions on how we can move forward as Solomon Islanders.”

Prime Minister Sogavare also confirmed a review is being completed on the performance of Permanent Secretaries, Senior Government Officials and Political Appointees to evaluate the effectiveness of their performance that will allow Caucus to deliberate on whether any changes will be necessary.