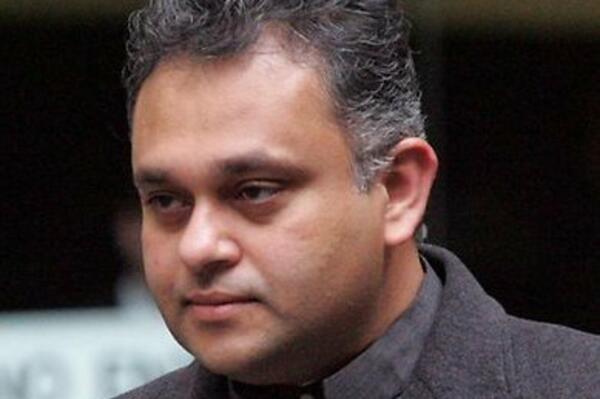 Ordering a stay of charges against Mr Moti, the full bench of the Australian High Court ruled he had been illegally deported from the Solomon Islands in December 2007.
Source: The Courier-Mail
Share
Wednesday, 15 January 2014 10:25 AM

The current attorney general Billy Titiulu is in Australia to discuss a settlement for Mr Moti's wrongful deportation to Australia by the Solomon Islands government towards the end of 2007.

The Forum's President Charles Dausabea says the group believes Canberra had a stake in the decision to deport Mr Moti, a Fiji-born lawyer, to Australia.

Mr Dausabea says the decision to deport Mr Moti and the subsequent termination of his contract was not solely by the Solomon Island government and says "the Australian Government should foot the claims for the role its officials played in the deportation."

The Australian High Commission says it is not in the position to respond, as its high commissioner is new and is still familiarising himself with the role.

In December 2011, after lengthy legal challenges, the High Court of Australia ordered a stay of charges, ruling that Australian officials' participation in Moti's extradition from the Solomons had been unlawful under Solomon Islands law.

Summarizing its ruling, the court said: "Further prosecution of the charges would be an abuse of process because of the role that Australian officials played in Mr Moti being deported to Australia".This was a permanent stay of prosecution putting an end to all court proceedings against Moti.

Julian Moti QC CSI is the former Attorney General of the Solomon Islands. He was born in Fiji and educated in Australia.

Moti worked as an Adjunct Professor of Law at Bond University on Australia's Gold Coast from 1992, and taught comparative constitutional law, public and private international law, transnational litigation and arbitration, international trade, and finance and investment in Australasia and the Pacific.

Mr Moti regained his Fijian citizenship in 2012. He was admitted as a legal practitioner in Fiji on Monday 24 June 2013. In September, he was appointed Professor of Law at the University of Fiji.