Premier Suidani Refuses to Give Statement to Police: Varley 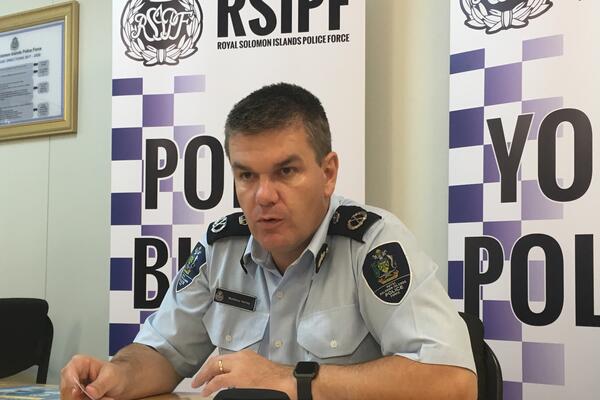 The Commissioner of Police Mathew Varley says the Premier of Malaita Province, Hon. Daniel Suidani, refused to give a statement to Police over bribary allegations he had raised in the media.

The allegations were published as lead articles on Tuesday 24th September 2019, in the Solomon Star and Island Sun newspapers, alleging that unnamed Members of Parliament offered a bribe to the Premier of Malaita Province, Hon. Daniel Suidani.

"Knowing the seriousness of these allegations, I immediately sent a letter to the Hon. Premier that day requesting him to meet with my officers and provide a report to police," the Police Commissioner said in a prepared statement.

The Police Commissioner said he sent a senior RSIPF investigations team to Auki yesterday, led by the Assistant Commissioner of Crime & Intelligence.

"The RSIPF takes allegations of corruption seriously, as demonstrated by our actions. Without the Hon. Premier’s witness statement, or any other witness evidence, the RSIPF is unable to investigate the allegations made in the newspaper articles.

"Should any person have relevant evidence to provide to police about this matter, I call on them to contact the RSIPF.”