Premier Suidani Calls for Self Autonomy for Malaita 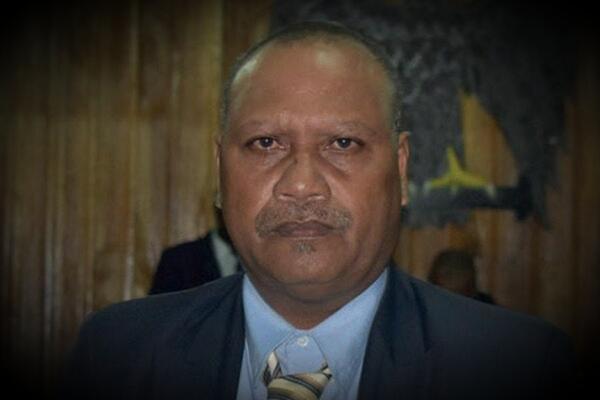 Premier of Malaita Province Daniel Suidani has made a public call for self autonomy.

Premier Suidani spoke to a crowd that gathered in Auki to listen to the motion of no confidence being debated in Parlaiment today.

The Premier said regardless of the outcome the provincial government has consulted with the Malaita for Democracy and Development (M4D) and have agreed that they will call for self autonomy following an assessment by the UN Security Council.

A press statement released earlier today by the Premier says an official letter was sent to the President of the UN Security Council, Ambassador Abdou Abarry the Permanent Representative of Niger to the United Nations.

Premier Suidani says that he made the urgent request to the UN Security Council as a signatory to the Townsville Peace Agreement (TPA). He says the TPA was deposited with the Security Council as document S/2000/1088 on 10th November 2000 and as such is within the purview of the Council.

In the letter to the UN Security Council, Premier Suidani called for an independent fact finding mission to ascertain the progress, or lack of it, in the implementation of the TPA.

The statement says that of concern is part four of the TPA, which relates to the need to address structural problems critical to achieving sustainable peace in Solomon Islands.

The Premier says part four of the TPA has not been progressed in any substantive form in the intervening 21 years to date. This lack of progress, he says, has re-created the conditions for civil conflict which has been demonstrated in the events of suffering and strife in recent weeks with rioting in Honiara.

He says a survey will be conducted to gauge people's thoughts on the idea of self autonomy. He says he wants a report of the survey presented by the end of January 2022.