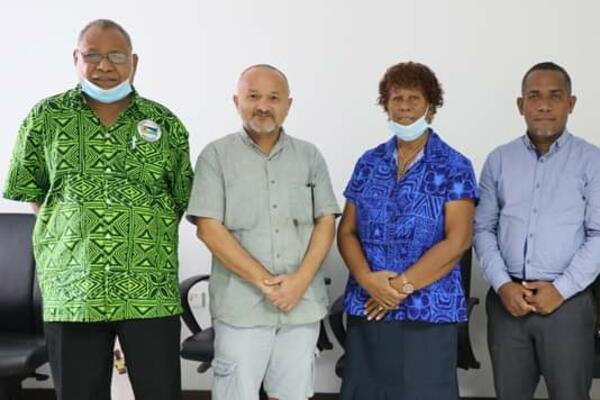 The new Isabel Premier Hon Rhoda Sikilabu has spoken highly of the important watchdog role played by the Opposition Leader.

Hon Sikilabu highlighted this when he paid a courtesy visit to the Opposition Leader Hon Matthew Wale today.

She said the Isabel provincial government has a high regard and appreciates the constitutional role of the Opposition Leader.

“We appreciate and recognize the important role you continue to play in our democracy,” she said.

The new premier said his new executive is prepared to work closely with both the government and opposition moving forward.

Opposition Leader Hon Wale in response congratulated Premier Sikilabu again for creating history as the first female premier not only in Isabel but also Solomon Islands as a whole.

“The winds of change has shown that women can make a difference in this country,” he said.

Hon Wale has also spoken highly of the men who have supported the new premier and their vision for the province and her people.

The Opposition Leader also discussed with the premier the importance of decentralization and that its time that provincial governments must be trusted to manage its own affairs.

Hon Wale also encouraged the Isabel premier to pursue what is best for the province and her people.