Premier Lilo Called on to Resign 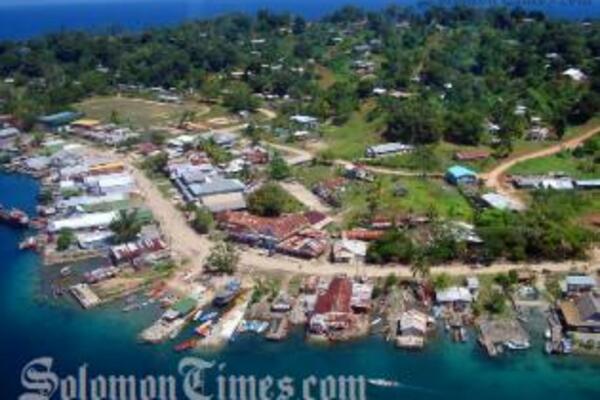 The Western Provincial members claimed the Premier used his influence in dictating allocation of prime sites to certain businesses for free and demanding cash and other personal gains as favors.
Source: divegizo.com
Share
Monday, 24 September 2012 08:10 AM

Members of the Western Provincial Executive in Solomon Islands have called for the immediate resignation of its Premier, George Solingi Lilo amid serious allegations against his office.

The call was made in a petition signed by the nine Executive members and six back benchers of the whole 25 member Assembly Wednesday last week.

The members claimed the premier used his influence in dictating allocation of prime sites to certain businesses for free and demanding cash and other personal gains as favors.

Some of the land were those allocated to Dalgro, Gold Shing, DL, Red Devil and KML.

The members also claimed that premier Solingi-Lilo used his position as Premier to advance excessive cash from Gizo Hotel which total up to four-hundred-thousand dollars by June this year.

They said he failed to deliver the total sum of thirty-thousand dollars or its equivalent taken from Chan Corporation to assist in late Honorable Aquila Talasasa's funeral expenses.

They also leveled allegations against the Premier in relation to his constant travel to Honiara and the two vehicles he is using.

The members also outlined his failure to address issues of importance to the development needs of the province, including the health and education sectors.

The members said they have withdrawn their support for Mr Lilo and have advised the Speaker of the Western Provincial Assembly to call for an Assembly Meeting.

Meanwhile, Premier George Solingi Lilo has responded to the petition saying he has no reason to resign.

Speaking to SIBC News, former Executive member of the Western Provincial Assembly Richard Tekefono says Premier Lilo has responded to his former Deputy Premier Pye Kuve that he has no reason to resign.

But Mr Tekefono says with the current number of support behind the petition, Mr Solingi-Lilo should resign.

"But information i received from the deputy Premier who was one of the executive members who had resigned, said he (the Premier )had responded privately that he has no reason to resign. But we feel that since 8 of has have gone, and with almost half of the full House supporting us, the full Assembly says he must step down now."