Popular Hotel Loses Millions of Dollars in Revenue from COVID 19 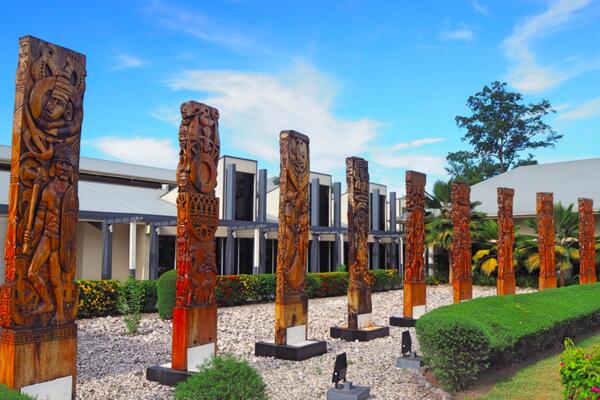 Up until the month of March, four-star Heritage Park Hotel (HPH) has lost SBD$40 million in revenue.

This is for cancelation of room accommodation alone.

Speaking to Solomon Times, General Manager Sanjay Bhargava said there has been a lot of cancellations during February and March impacting revenue up to the month of August and September.

Bhargava said room bookings and conferences are being cancelled.

“Any big gathering which is pre-booked has all got cancelled”, he said.

“We have received 485 cancellation of accommodation bookings till now”, Bhargava said.

With a gloomy outlook welcoming 2020, Mr. Bhargava said without really understanding how long this pandemic will go on for, his only hope is for the situation to end soon.

“If worst comes to worst, pay cuts including staff layoffs are measures we may have to take, I hope it will not happen”, he said.

Solomon Times understands a few of the staff are now on unpaid leave for an indefinite period.

“Right now we do not have a contingency plan but there will certainly be measures should the situation worsen”, Bhargava said.

Recruitment of new staff is one of the curtailed decisions the hotel must undertake.

For expat employees, traveling is not on the list until such time people are free to travel, Bhargava said.

“All I can say is for people not to panic. The health measures people need to adopt like keeping hands clean are important” Bhargava said.