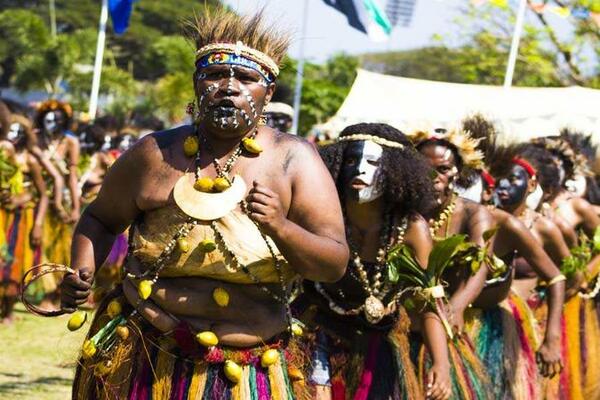 Powes Parkop made the comment at the 23rd cultural show of Caritas Technical Secondary School in PNG's National Capital District.

Mr Parkop used his keynote address at the show to call for an end to cultural practices that hamper progress in PNG and its capital city.

He said for Port Moresby to be a truly world-class city, men had to start treating women as equals, and not as inferior citizens.

Citing the fact that PNG's parliament has no female members, Mr Parkop said it was an area in which the country needed to change.

"That shows we have not progressed much in this respect. It's a bad cultural practice as well. We must give it up," he said.

"We want to see a city that men respect women. Our women and girls can walk around free of intimidation, harassment and violence. That is the kind of future that we all should embrace. I hope today we can lay down the foundation for them," Mr Parkop told the assembled students, parents and teachers.