Politics of Hate and Division 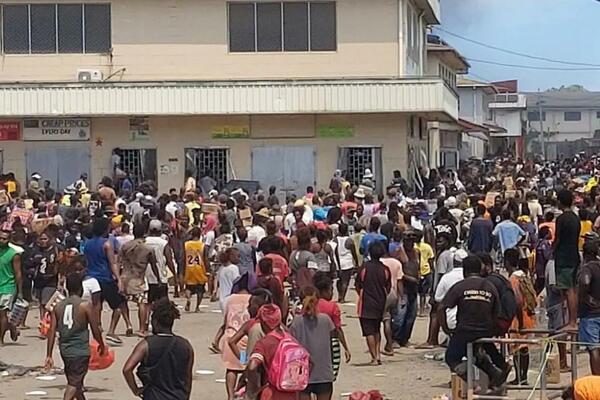 If leaders continue to play politics, rioters and looters will continue to riot and loot - it is the hallmark of instability.
Source: News.com.au
Share
Friday, 03 December 2021 12:27 PM

People are tired of the claims and counter claims, accusations and counter-accusations, it is tiring and not helpful for a country seeking to heal.

The numbers game is now in full swing, the same old headlines, the same tactics – money changing hands with a ‘sponsor’ pulling the strings. Solomon Islanders are mere spectators, again watching on as their elected representatives jostle for power.

What the country needs right now is unity, it is very obvious that the riots have triggered feelings of provincialism, with many calling on the adoption of the federal system – of which a draft was presented to government two years ago.

But, just days after the riots, here we are, at it again, sowing seeds of hate and playing the numbers game. Leaders need to stand and talk of unity and the importance of allowing the democratic process take its course.

It is enough, and both sides are to be blamed, for stoking the flames of hate and division yet again - with wild accusations, bordering on conspiracy theories, being thrown around carelessly. Let us allow the police force do their job, let them investigate and make arrests. Leaders should focus on leading and healing.

There have been indications of leaders willing to dialogue, but that olive branch was thrown out the window, almost soon after it was made. It appears it is easier to play politics than to build unity. Divide and rule, the oldest trick in the book, but the consequences are devastating as we have witnessed.

The visiting peacekeeping contingent are here to provide an environment conducive for the democratic process to take its course. That includes dialogue for all parties involved, and seeking a common ground, if there is one. If not, find one, create one – pray for one, there has to be a way to move forward.

The visiting peacekeeping contingent are not here to maintain order so that we can continue down the path of hate and division. That would be a wasted opportunity – they will not be here indefinitely, what happens when they leave?

If leaders continue to play politics, rioters and looters will continue to riot and loot - it is the hallmark of instability, and it comes with this brand of politics - the politics of hate and division.