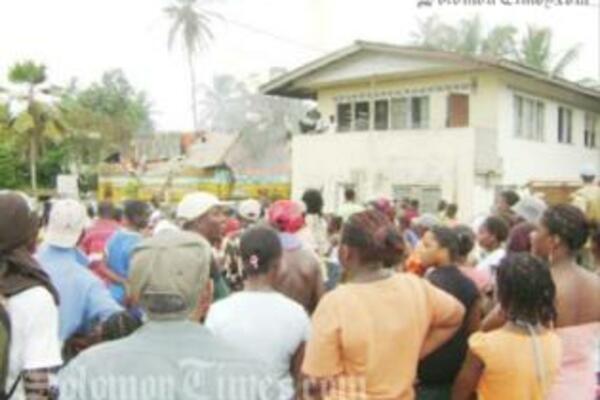 The Solomon Islands Electoral Commission has told intending candidates to refrain from political campaigning until the election date is declared.

Mr Haununu is responding to reports that intending candidates in certain parts of the country are issuing out payments, and in some cases actually carrying out their campaigns.

"Certain individuals who are interested to contest the upcoming elections have handed out forms for some kind of projects and people including elders, village leaders, and church leaders have received cash payments," said a villager from South Malaita who spoke to the SIBC.

Meanwhile, Mr Haununu says that they are working hard to ensure that there is "One correct name, under One correct place."

"What comes out of this voter registration data entry stage is another step in working towards a free and fair election," Mr Haununu said.

Mr. Haununu said after the 60 days registration period ends and a draft voter list will be put out in every ward to begin the revision period.

"During this time I urge every voter to check this draft list and tell us if there are any mistakes such as your names has been left out or name appear that should not be on the list in your area."